Are Migraines Different For Men? 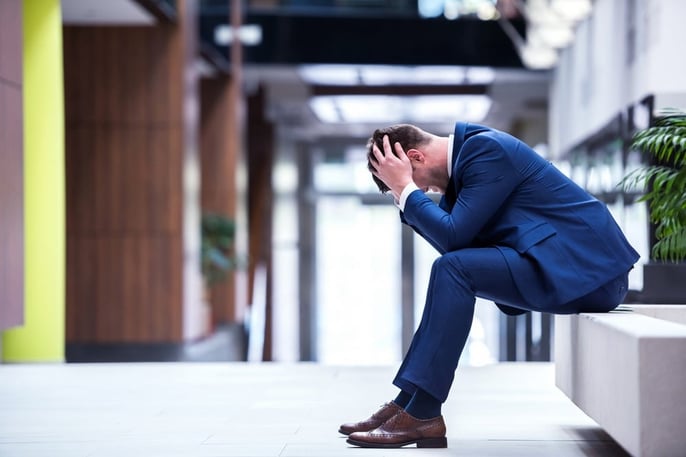 Women are more likely to get migraine headaches than men, and 75 percent of sufferers are female. Statistics from the Migraine Research Foundation show 17 percent of women experience migraines, compared with only 6 percent of men. Male patients do exist, however, although they are less likely to look for medical care. Even if they do, chances are good they won’t be diagnosed with migraine easily. This could be one of the reasons why middle-aged male migraine patients have a 42 percent higher risk of having a heart attack than non-migraine patients.

The most noticeable difference is related to hormonal fluctuations, because menstrual changes as well as pre- and post-menopausal variations often have a significant effect on female migraine patients. Migraines in men occur less often than in women, with an average of six headaches a month for men while women have seven a month to deal with. The intensity of the pain on a scale of 1 to 10 is lower for men at 5, while women have an average intensity of 6. While conjecture exists this is because women have a lower pain threshold than men, a study at Stanford Hospital and Clinics concluded estrogen could be the reason for higher pain levels in women, particularly during menstrual periods.

Causes of Migraines in Men

Stress is the primary cause of migraines in both male and female patients, and abused children have a higher risk of becoming migraine sufferers as adults. This affects both men and women equally, as does service in the military, which carries a higher incidence of PTSD. As a form of stress this goes hand-in-hand with suffering from migraine. Although women in the armed forces carry the same risk the vast majority of military personnel are men, which increases their odds of getting it.

Men typically develop migraines most frequently from causes such as physical exertion during exercise or engaging in sexual activity. This can cause headaches both before and after orgasm. Symptoms of a pre-orgasmic headache are tightness and aching of the head, neck and jaw, which gets worse as sexual activity progresses. An orgasmic headache occurs at the same time as orgasm and is a sudden, severe explosion. Male patients often only seek treatment for migraine when they experience an orgasmic headache, which can be concerning until diagnosis is delivered.

Athletes with injuries such as concussion sustained during contact sports show much greater incidence of migraine symptoms, and with few pro sports players prepared to “come out of the closet” about their migraines, the condition carries a stigma for male patients.

This is a common trigger of headaches in both genders, but due to the higher prevalence of alcohol in the average American male’s lifestyle ,it correlates with increased incidence of migraine in men.

Meanwhile, since changing weather patterns, which are a leading trigger of female migraines, are 50% less likely to affect men, it’s clear that male and female patients have different causes and symptoms and therefore need different treatment.

Getting an Accurate Diagnosis

Men are less likely to seek medical assistance for what they consider “just a headache,” and getting a true diagnosis is more challenging for male patients too. Apart from the misconception that it’s a female condition, men are more likely to write their symptoms off to cluster or tension headaches, chronic daily headaches and trauma to the head. It often takes consulting with a migraine specialist to help identify male symptoms in the context of migraine headaches, and unless family physicians are exceptionally observant they often don’t recommend seeing a specialist.

Without an accurate diagnosis, male migraine patients risk heart attack, stroke, dental infections, coma or aneurysms. In addition, they may be prescribed unnecessary medications for tension headaches or depression, or attempt self-care with over the counter drugs and herbal remedies that could be dangerous when combined with other conditions. Emergency rooms and urgent care clinics are generally ill-equipped to diagnose chronic migraine sufferers, and should only be visited in times of acute and unexpected attacks.

Any patient who experiences headaches several times a week should get medical attention immediately. Unless the physician can pinpoint and treat an exact cause, it’s wise to consult with a specialist who can assess whether the headaches are a symptom of migraine and treat you accordingly.

Treatment depends on how often the patient develops headaches and how severate the pain is, as well as other migraine symptoms. Recommendations usually include a combination of lifestyle changes, prescription and/or over the counter drugs, and the implementation of new habits to control the condition. Medication works on the basis of preventing migraine onset where possible, and treating the symptoms when headaches occur. Eating regular meals, staying hydrated and getting enough quality rest while avoiding known triggers are the best treatment for male migraines.