Are Migraines Related to Epilepsy?

Posted by Migraine Relief Center on May 30, 2014 7:00:00 AM
Millions of people around the world chose to wear purple garments or accessories on March 26th in observance of Purple Day for Epilepsy Awareness. People who live with epilepsy must learn to deal with the possibility of suffering scary, unexpected seizures that may range from mild fainting episodes to violent convulsions. Epileptics and their loved ones often have to deal with an unpleasant stigma caused by people who do not understand epilepsy and feel uncomfortable among those who suffer from this condition. 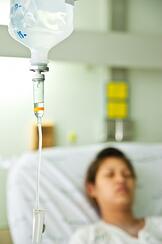 Migraines and epilepsy have a few things in common. They are both neurological conditions that sometimes present an aura phase whereby patients may experience sensory abnormalities. Medical researchers have not pinpointed what causes migraine and epileptic episodes, but they are aware that both conditions involve abnormal brain activity in the form of electrical waves of neurochemical origin. There are other factors that link these conditions together as well.

Researchers from Columbia University in New York analyzed genetic and neurological health issues among families with histories of epilepsy. The families were from Argentina, Australia, Canada, New Zealand, and the United States, and there were 730 confirmed epileptic patients in the families.

Neurologists know that epilepsy is hereditary to a certain extent. Similar to Type 2 diabetes, some families face a stronger genetic risk of epilepsy; however, it is important to note that injuries and even drug abuse can provoke epileptic seizures.


Similarities between Epileptic and Migraine Episodes

The fact that auras are experienced by some migraine and epilepsy patients is not the only similarity between these two conditions. Anti-epileptic medications are sometimes prescribed to patients who suffer from chronic migraines with auras due to the physiological effect these medicines have on the cerebral cortex.

Patients born with epilepsy as a genetic condition must often learn to manage their lives in a certain way that minimizes their likelihood of suffering seizures, which means avoiding triggers such as stress, alcohol, inadequate sleep, etc. Many of these epilepsy triggers are the same that may bring on migraine episodes. In fact, mild seizures may be part of the aura phase of a migraine episode; conversely, the headache phase of a migraine attack may leave patients vulnerable to an epileptic episode.


Treating Migraines along with Epilepsy

Patients diagnosed with both migraines and epilepsy are often prescribed a preventative prescription medication regime combined with other medicines to provide pain and tension relief. In some cases, epilepsy can be surgically corrected; however, such an operation may not have an effect on migraines.

Healthy lifestyle management, stress reduction and trigger avoidance are crucial factors that patients who are at risk of both migraines and epilepsy should practice constantly.