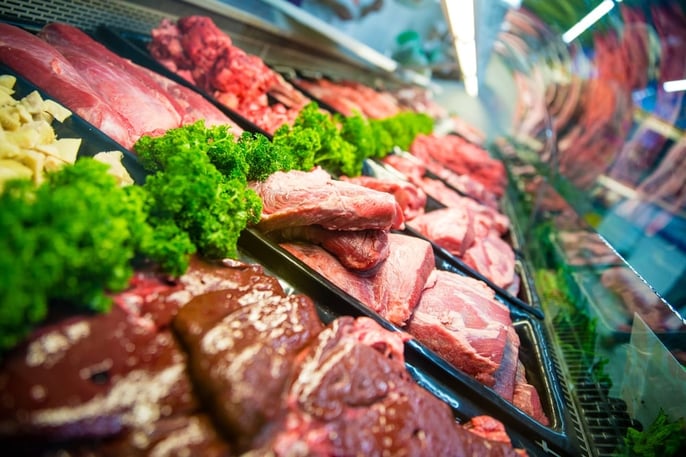 One of the first things migraine sufferers learn to do is recognize their triggers. These are events or circumstances that lead to migraine symptoms, and they may be either internal or external. Common internal triggers include emotional factors such as stress or lack of sleep, while external factors include noise levels, bright lights or even the weather.

Other triggering factors include the things we eat or drink, and these can sometimes be harder to pin down. It’s often not the actual food item that we eat, but the condition of the food or the individual substances it contains. For instance, many people find that strong cheeses trigger their migraine, while lighter, fresher cheese types have little or no effect.

Meat is another type of food that can trigger a migraine episode and in order to understand why, it’s necessary to understand a bit about the chemicals and substances that are natural to some meat products.

The main culprit in meat that can lead to pain is a substance called Tyramine. It’s present in cured meat, smoked fish, and some beers and aged cheeses. It is also present in foods that are high in protein (such as meat) if they have been incorrectly stored for long periods of time.

How Does Tyramine Cause Migraines?

Links between Tyramine and migraine were first found in the 1950s, when doctors initially began prescribing anti-depression drugs called monoamine oxidase inhibitors. Tyramine is a monoamine, and we need the enzyme that breaks this down, which is called, monoamine oxidase (MAO) in our bodies.

After being prescribed an anti-depressant drug that inhibits monoamine oxidase, some people began to experience problems when they ate foods containing tyramine. Typically, they developed headaches and high blood pressure, because the drug prevented them from breaking down the tyramine in the food they were eating. People taking monoamine oxidase inhibitors need to limit their consumption of tyramine rich foods.

It’s still not fully understood exactly how tyramine can trigger migraine even in people not taking the inhibiting drugs, but studies have shown that people with a MAO deficiency are most susceptible. The foods most commonly blamed are aged cheeses and hotdogs, and hotdogs are, of course, made from cured meat.

Some experts believe tyramine may cause the brain to release a chemical called norepinephrine, leading to chemical changes in the brain which then trigger migraine pain.

Checking If Tyramine is Your Trigger

Maintaining a headache diary or journal over a few months can help you pinpoint food triggers. As well as noting down other surrounding factors and circumstances, keep a detailed food section in your diary where you write down everything you eat or drink, including sauces and their ingredients.

At the same time, keep up your normal diary entries that note how each migraine felt, what time it started and finished, other triggers you were exposed to (such as changes in temperature, strong smells, bright lights or loud noises) and, if you’re a woman, where you are in your menstrual cycle.

Keeping a detailed diary will help you rule out which triggers don’t apply to you, as well as identifying the things you need to avoid in future.

Foods to Avoid and Foods to Seek Out

If tyramine is a personal trigger, there are still plenty of alternatives to the foods high in the substance. You should avoid:

Foods you can eat freely include:

With regard to foods you buy in ready-to-eat packages, try to avoid those with monosodium glutamate (MAO), nitrates and nitrates, sulfites and aspartame.

Not all foods on the ‘avoid’ list will affect migraine sufferers, and some may find that foods on the ‘allowed’ list become a trigger. No two migraine sufferers are identical and the list of foods is neither prescriptive nor exhaustive. If you suspect tyramine is one of your triggers and need help devising a diet that avoids it, ask your doctor to recommend someone who can give you nutritional advice.