Can Tap Water Cause Migraines? 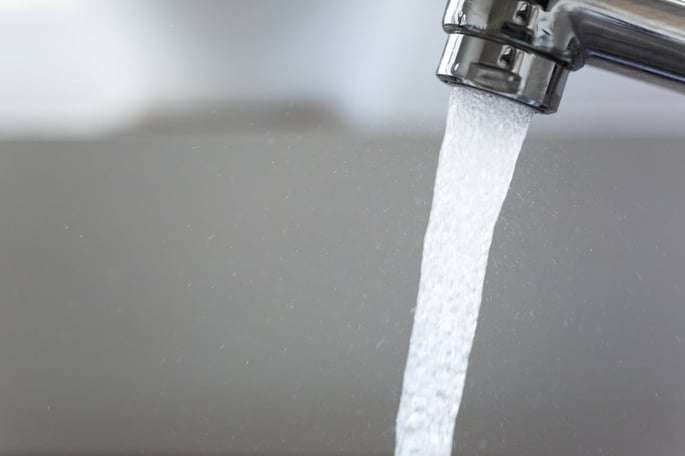 Few Americans are unaware of the Flint, MI water challenges, and most people know tap water has a less-than-perfect rap at the best of times. And who can possibly forget Julia Roberts in the film Erin Brockovich, fighting for the rights of her community?

What is often not common knowledge, however, is that tap water has been reported to trigger migraines in some circumstances. On the flip side, drinking bottled or other water purchased commercially can also be highly controversial, with issues ranging from the pollution of waterways by discarded plastic to the presence of e.Coli discovered in some bottling plants.

We investigated the concerns behind tap water and migraines, to help you make informed decisions about your health.

The Truth About Tap Water

A new, nationwide database developed by a D.C.-based Environmental Working Group contains testing reports from almost 50,000 water authorities as well as various EPA water sampling programs. It offers easily accessible information on the contaminants found in every state’s drinking water during the years  2010 to 2015.

The data proves that in spite of cities conducting rigorous testing more than 100 times per month for bacteria and synthetic or organic chemicals, it’s impossible to achieve zero-risk levels, according to the Natural Resources Defense Council. And while the council found tap water to be mostly "safe" in terms of the test criteria, people living in rural communities had an increased chance of contamination—either from more likelihood of pesticide runoff, from getting water from unregulated sources such as a well, or living in an older home.

So, what are some of the contaminants found in tap water that might be considered dangerous to our health? Most city water supplies contain chlorine, fluoride and various quantities of dissolved minerals. It’s also common to identify trace amounts of iron and other heavy metals, as well as insecticides and herbicides.

Another problem, however, comes from the prescription medications found in the water supply of 41 million homes. These include antibiotics, anti-convulsants, mood stabilizers and sex hormones, none of which are identified under routine water testing simply because the government does not include drugs on the test list. That means even in areas with the cleanest possible water supply according to testing, residents could be swallowing random cocktails of incompatible drugs daily.

The Link with Migraine Attacks

We’ve been aware for years that the ingestion of chlorine can cause various medical problems, such as asthma and pneumonia. It’s also a primary reason for the depletion of magnesium in the body, resulting in deficiencies that lead to other conditions. These include migraine headaches, hypertension, chemical sensitivities and even sudden death in serious cases. Yet, chlorine is one of the approved ingredients in tap water, added to it for the purpose of purification.

Fluoride, another approved substance in tap water, has been shown in studies to accumulate in and affect the pineal gland. This organ stores brain serotonin, produces melatonin, and regulates the sleep cycle—all functions relating to depression, which is a known component of migraine attacks.

In addition, almost every migraine sufferer knows medication can be a common trigger. This can range from over-the-counter medications that disagree with you, through to over-use of prescription drugs that cause rebound headaches, or drug combinations that cause unpleasant side effects.

It’s even more concerning that medications absorbed through the tap water you drink could conflict with those prescribed to treat your condition. This might be a factor for those migraine patients who have literally tried “almost everything,” without success.

The water testing criteria mean that regardless of how well the tap water in your area scores, it could still contain significant quantities of chlorine, fluoride and unwanted medication. Each of these could independently cause problems for migraine patients. Add to that the risk of heavy metals, pesticides and other industrial pollutants that commonly enter municipal water supplies (at least in traces), and the combination might be a major factor in the frequency and severity of your migraine attacks.

Is Filtering the Solution?

One way to identify whether tap water is a culprit for your headaches is to avoid it entirely for a fixed period of time. Since research shows bottled water often comes with its own set of problems, experts recommend the way to ensure the safest drinking water is to install a high-end filter designed to remove fluoride and chlorine from the water instead of simply masking the taste. Alternatively, spring water bottled at the source has a good reputation, as long as it is not tap water that has been “remineralized.”

Record your water type and usage in your migraine diary, to determine whether changing your source affects your attacks in any way. This could help your migraine doctor identify triggers that can lead to some relief.