Are Your Migraines Hurting Your Brain?

Neurobiology researchers from Peking University and the Perelman School of Medicine at the University of Pennsylvania recently published a study on the negative effects of sleep deprivation. They subjected laboratory mice to short and long periods of sleeplessness and then looked at their locus coeruleus, the nerves that interact with cognitive function and control alertness in general. The research findings show that long-term loss of sleep can cause brain damage by diminishing brain cells by as much as 25 percent. 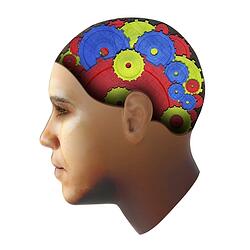 Like sleep deprivation, migraines can also cause brain damage on a long-term basis. Medical researchers have determined that patients who live with migraine conditions have a significant risk of developing cerebral injuries known as white matter brain lesions.

The Importance of Migraine Prevention

The main components of the brain are known as grey and white matter. The former mostly consists of neurons and is made up of cells and nerve fibers known as axons. Research into the long-term impact of migraines on the brain shows that patients who suffer from migraines with aura are 68 percent more likely to develop white matter lesions.

Although white matter lesions have not been confirmed to be a direct cause of brain dysfunction, they have been found to be a factor in major neurological conditions such as Alzheimer’s disease. These lesions cause permanent loss of nerve cells and fibers that transmit important information to the neurons.

White matter lesions are irreversible, although some research suggests that humans are able to compensate nerve cell loss with increased cognitive training. The fact that migraines alter brain structure and cause white matter lesions underscores the importance of preventing migraine episodes, and it also proves that migraines are not simply vascular conditions; they are complex neurological conditions that must not go untreated.

It has been known for some time that migraine patients are at greater risk to suffer strokes and develop Alzheimer’s disease. Now that research shows that migraine attacks can directly alter brain structure, neurologists are beginning to approach this condition as a progressive brain disease that must be prevented and managed so that it does cause further deterioration and diminished quality of life.

Patients who suffer from migraines with aura are at greater risk of stroke and brain damage. For this reason, it is very important that they do everything possible to prevent migraines episodes since each migraine attack can bring about loss of nerve cells and progressively diminish brain function.

Most migraine prevention methods involve a combination of medication, stress reduction and migraine trigger avoidance. In order to reduce the risk of brain damage, patients who suffer more than one migraine episode per month should closely adhere to the preventive strategy recommended by their doctors.