Do You Get More Migraines When You Smoke?

Despite efforts to discourage smoking across all segments of society, the working-class and impoverished communities are still affected by this unhealthy habit. One of the problems seen by sociologists and medical researchers is that marketing of tobacco products seems to be more pervasive in disadvantaged neighborhoods, where cigarettes are more likely to be more affordable. 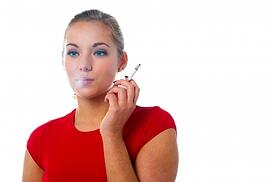 Researchers who have analyzed health metrics in low-income communities across the United States see a grim nexus between poverty and smoking: Harsh living conditions are stressful and can lead to poor impulse control and bad choices. Smoking is a way for poor people to cope with stress and deal with hardship. Consequently, it is not surprising to learn that migraine patients living in at-risk communities are more likely to smoke and suffer from headache episodes.


The Link between Smoking and Headaches

A 2009 research report published by Spain's Foundation for Science and Technology shows that smoking can clearly precipitate migraine episodes; specifically when patients smoke more than five cigarettes a day. Previous research studies, however, had pointed out that smokers who live with migraine conditions could actually benefit from smoking in the sense that they do to cope with stress and reduce their levels of anxiety.

Stress and anxiety are the most common triggers of migraine attacks. Smokers may be able to derive relaxation from the stimulating effects of nicotine, particularly if they light up during stressful situations. The problem with this coping mechanism is that many people eventually succumb to habit and addiction, which will likely prompt them to smoke five or more cigarettes a day.


Migraines as Limiting Factors of Smoking

The research study among smokers in Spain identified a certain number of migraine patients whose frequency of headache episodes increased with each cigarette they consumed. Smokers are more likely to suffer from cluster, tension and other non-migraine headaches due to the vasoconstrictive effects of nicotine; however, this vascular link does not necessarily apply to migraines. It is far more probable that nicotine has a cumulative effect on certain nerves located in the throat that trigger migraines.

Smokers who become aware that they are very likely to suffer a migraine episode after five cigarettes are very likely to reduce their daily nicotine intake. The problem with this approach is that continued tobacco use can grow into physiological or psychological dependence; this can in turn lead into a higher incidence of headaches.

The good news for smokers who also deal with migraine conditions is that they can give up tobacco and suffer less headache episodes simultaneously. Most smokers reach for their cigarettes and lighters when they feel stress or anxiety, which means that they are consuming tobacco as a coping skill. Smoking cessation programs focus on avoiding triggers that make them use tobacco; in a way, this is similar to avoiding known migraine triggers.

In the end, smokers who reduce their tobacco intake or altogether quit will invariably feel healthier and suffer less migraine episodes.