How Light Can Trigger Migraines

Did you know that sensitivity to bright lights, particularly from artificial sources, can induce migraines headaches and even intensify the pain? This is actually one of the most common characteristics of the cephalalgia condition we know as migraines, and it is one of the most challenging to manage in these modern times. 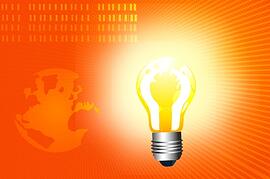 The physiology behind sensitivity to light and its relation to migraines are based on neural mechanisms that exacerbate headaches. The result is photophobia, which causes migraine sufferers to isolate themselves in dark rooms or even wear dark sunglasses at night or indoors. Within the body of medical and scientific research of migraines, more than 90 percent of patients report some level of visual impairment, which is often described as an aura.

It is important to note that the aura is actually a phase of migraine headaches, and it is not limited to visual symptoms or photophobia. Sometimes the aura can become manifest as numbness, vertigo, spatial disorientation, or difficulty with speech. In some cases, photophobia sets in and alerts the patient of an incoming migraine that never arrives; thus creating anxiety rather than a proper headache.

Office Lighting as a Migraine Trigger

Non-incandescent light sources commonly found in office workplaces are among the most common migraine triggers. For this reason, migraines are often associated with white-collar workers and female office workers. The problem with these light sources, as opposed to sunshine, is that they often produce glare or flickering.

The glare produced by computer screens is often identified as a potential migraine trigger. An overhead fluorescent tube that flickers of has issues with ballast can drive anyone crazy, but it has a graver potential for those who live with migraine conditions. The effect is similar to how people who have been isolated from the sun walk outside and suddenly look directly at the orb. That flash of pain can be felt long-term by migraine sufferers who work in front of computer monitors.

Light sensitivity is not limited to people who live with migraine conditions. Research studies have found that pain is a mechanism of reaction against bright lights that protect retinal cells. For this reason, even blind individuals can be extremely sensitive to certain light sources that trigger migraines.

The physical management of light sensitivity for migraine sufferers is not always practical, especially for those who work at an office or who have young children who beg to be taken to the playground. Fortunately, neurological treatment of this condition has advanced considerably and include migraine medications such as topiramate, also known as Topamax. This medication has been found to effectively reduce light sensitivity in many cases.