Ouch It Hurts! How to Recognize Your Migraine Pain Level 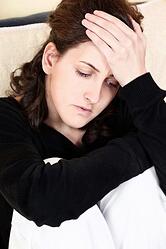 Being able to rate and describe the intensity and characteristics of pain during a headache episode is an important part of life for those who suffer from migraines. By quantifying the intensity of migraine episodes along with situational factors, physicians can formulate treatment plans, track the effectiveness of their intervention and make important decisions related to the health and well-being of their patients.

Health care professionals in the United States who specialize in the treatment of pain often use scales maintained by the American Headache Association, the American Chronic Pain Association and the International Pudendal Neuropathy Association. The comparative pain scale published by the latter health association is often used in the treatment of migraines. Patients rate the pain associated with their migraine episodes on a scale from 0 to 10. Here are the descriptions of each value on the scale:

Another self-reporting instrument is the neuropathic pain scale, which also ranges from 0 to 10 and adds pain descriptors such as levels of sharpness, itchiness and warmth. This scale also differentiates between constant, background, flaring, and occasional pain.