Is There a Link Between Obesity and Migraines?

Posted by Migraine Relief Center on Feb 11, 2014 7:00:00 AM
Medical researchers have linked obesity to a number of adverse health conditions, and migraine episodes can now be added to the list. According to a 2013 study conducted by scientists at Johns Hopkins University in Baltimore, obesity shows a strong relation to frequent migraines. 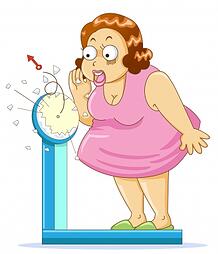 The recent Johns Hopkins study is far from being the only one to establish a link between obesity and migraines. This study, however, was considerable in scope: More than 3,800 people were selected, and more than 1,000 were obese. The average age of the participants in this study was 47. Samples greater than 1,000 are often considered to be ideal in medical research studies.

Researchers were cautious with their findings. At this time, nothing indicates that obesity causes migraines. What is known is that obese patients who are 50 years old or younger are almost twice as likely to suffer from migraines than those who are within their ideal weight. Another important factor to consider is the fact that virtually all the overweight patients who reported migraines in the study were women. This does not mean that obese man under 50 are not at risk of suffering from migraines; it only calls attention to the fact that overweight women are far more likely to get migraine episodes.

The study calls even greater attention to what migraines sufferers already know: Choosing a healthy lifestyle that allows them to maintain an adequate level is bound to alleviate their migraine conditions. Episodic migraines are experienced by nearly 15 percent of the population, and most of them are adults between the ages of 18 and 47. Gaining too much weight between these ages could exacerbate the debilitating headaches experienced by migraine sufferers.

Keeping a healthy weight is beneficial not just for migraine patients, but the findings of this study are particularly important from a pharmaceutical point of view. Some of the preventive medications typically prescribed to migraine patients are known to increase appetite and bring about weight gain. According to the results of the study, migraine patients who have difficulty losing weight could see their condition worsen by taking certain medications.

Statisticians who research longitudinal medical data have seen an increase in the incidence of episodic migraines in the United States. Nearly 30 million Americans are now affected by this condition, which may indicate a stronger correlation between obesity and migraines. It is too early to tell if excessive weight gain will actually cause migraines in some people; more long-term research is needed in this regard.