Migraine Support: How to Start a Support Group in Your Community

One of the most important inventions of the 20th century has little to do with technology. Alcoholic Anonymous, the fellowship that pioneered The Twelve Steps and other important features of support groups around the world, has been helping people overcome a terrible disease through mutual aid. The success rate of the program owes a lot to its principle of fostering altruism and the human desire for connecting with peers in need who can also be helpful. 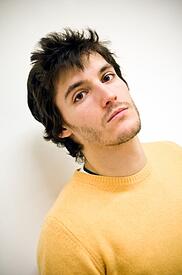 AA helped pave the way for hundreds of other peer-to-peer support groups to become organized and bring people together to help one another when the cards that life has dealt us do not add up to a winning hand. Migraines are more than just debilitating headache episodes; they may become impediments to quality of life if they are not managed. For this reason, support groups can make a great difference in the lives of migraine patients. Here's how to start a local support group if one is not already formed and active.

With about 28 million people suffering from migraines in the United States, finding demand should not be too difficult. In very small towns, however, low numbers of migraine patients may require organizers to travel to neighboring communities.

Getting the word out about the intention of forming a migraine support group can be accomplished with fliers, radio spots or newspaper advertisements. Convincing a local radio station to dedicate a couple of minutes of airtime as a public service announcement should not be too hard. The same goes for a mention in the newspaper; in fact, a journalist may even become interested in featuring a story about migraines at the same time the support group proposal is announced.

Mutual-aid groups such as AA that are already operating in a community tend to be very supportive of other groups. Visiting these groups and announcing the intention of creating a new support group for migraine patients will certainly help to spread the message.

Another important reason for visiting existing support groups is to be able to secure a meeting space. Initial meetings can be held in the organizer's home, but upgrading to larger and more convenient spaces should always be a priority. Libraries, schools, community centers, and churches are the most obvious choices, but clinics and hospitals sometimes donate space as well.

Open, face-to-face conversation is the glue that holds support groups together; members should be encouraged to speak up and share their ideas often, but this also calls for refreshments. To this effect, each meeting should have access to drinking water.

Keeping members up-to-date on issues of importance for the group can be accomplished with through the use of online social networks or mobile messaging apps. Communication between group members becomes easier when they all have access to modern computers or mobile devices.

With regard to logistics, self-funding among members and keeping expenses to a minimum are generally easy to accomplish.