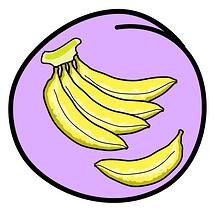 The existence of certain foods that can cause headaches should not be surprising in and of itself. Common headaches are often triggered by metabolic process, which are essentially the type of processes involved in fermentation. Various foodstuffs are subject to fermentation during their preparation, including: beer, sauerkraut and yogurt. These happen to be foods that are also known to trigger migraines in some people.

For many people who live with the chronic neurological condition known as migraine, comprehensive treatment might involve pain management. One of the components of migraine management is dedicated to the identification and avoidance of certain lifestyle elements thought to be triggers.

Similar to the treatment of other neurological conditions, migraine pain management is a matter of prevention. What is being prevented is the migraine attack, which starts with the prodrome phase of migraines. Interestingly enough, one of the symptoms observed during this phase is the craving for certain foods, which some women may feel as being similar to the food cravings experienced during pregnancy.

It is during this premonition phase when migraine sufferers must pay close attention to their intake and avoid eating triggers such as:

The list above is by no means conclusive. Those who live with migraines must learn about their own triggers; to this end, they may simply notice that a migraine attack comes on after they consume certain foods and thus they can simply eliminate them from their diets.

Identifying trigger foods is part of a migraine pain management system that includes identification of other triggers. Other elements of migraine causation are specific stressful situations or exhaustion, and they are written down along with trigger foods on a migraine diary. Air quality and the amount of lighting in the working or living spaces affect migraine sufferers.

When it comes to paying attention to foods that may trigger migraines, patients are often encouraged to try to stick to foods that are natural and have not been processed too much. There has not been a solid determination made by scientists in this regard, but available evidence seems to indicate that many natural foods less likely to be identified as common migraine triggers.