Migraines and Birth Control: Is there a Connection?

In 2014, the use of birth control pills has become a politically-charged issue in the United States. As access to this longstanding method of contraception is the subject of heated debate even at the Congressional level, women who suffer from migraines have more pressing matters to consider. Women make up a majority of migraine patients, and many of them are bound to suffer episodes triggered by the use of birth control pills. 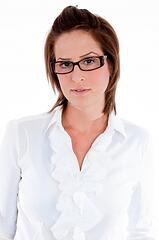 The most worrisome link between migraines and modern oral contraceptives for women is that the hormonal interaction and the inhibition of the ovulation process may increase the risk of blood clots and even strokes. These are the same two vascular disorders that some migraine patients are also at great risk of suffering during their lifetimes.

It is important to note that this increased risk similarity does not support the previous hypothesis of migraines as purely vascular conditions. Patients who suffer from migraines with auras that develop into seizure-like headache episodes may be predisposed to a certain level of cerebral damage, which may worsen into a stroke. New birth control methods such as the patch and YAZ have been associated with increased risk of clotting and strokes, which means that women who suffer from chronic migraines with auras should stress this condition to their doctors when planning their pregnancies.

Less than 30 percent of migraine patients experience auras before their headache phases. These happen to be patients at greater risk of stroke, and women happen to be more susceptible. Women whose auras are particularly terrifying due to feelings of paralysis or temporary loss of vision are also more likely to endure complications when it comes to taking birth control pills.

Oral contraceptives that reduce the estrogen levels produced by the ovaries are linked to menstrual migraines. This is not a hormonal type headache in and of itself; however, the neurochemical stress induced by the abnormal level of estrogen is what triggers migraine episodes. Some women may only get a slight headache, but others are bound to experience a full migraine with aura episode.

Women who suffer from chronic migraines with auras should talk with their headache specialists and obstetricians about their contraception options. Birth control pills may or may not make their migraines worse, but the potential vascular side effects of blood clotting and strokes should be discussed.

The women who are at greater risk are those who smoke, take new birth control pills and also get migraines with auras. These patients should either stop smoking while on the pill or try a different method of contraception. Not only are they at increased risk of vascular disorders; they are also at the mercy of two known migraine triggers that could cause them to go through intense migraine episodes.