Migraines and Depression: What's the Connection? 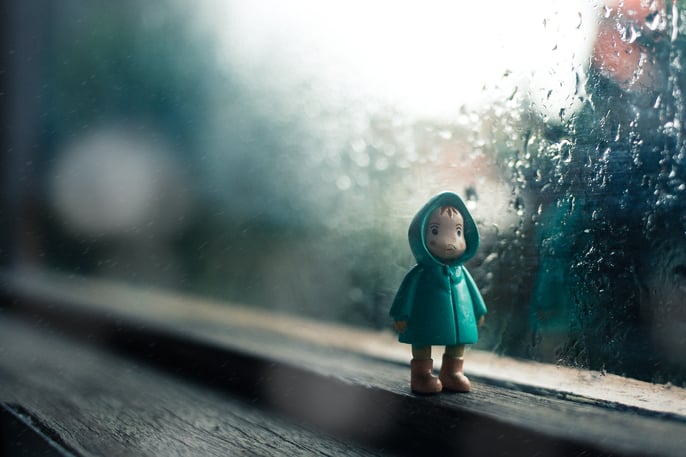 When a medical condition is often accompanied by a second condition, it’s called a comorbidity. Clinical findings show depression to be a psychiatric comorbidity of migraine, because while neither condition appears to be directly caused by the other, patients frequently suffer from both simultaneously. Having one of these conditions increases your risk for developing the other and vice versa, which makes them “bi-directional” comorbidities. Research shows patients who get migraines with aura have an increased chance of suffering from depression than patients who don’t experience aura. For this reason, doctors typically screen migraine patients for indications of depression.

The most common symptom of migraine is throbbing headache pain, experienced by 85 percent of patients. This is closely followed by sensitivity to light and sound, changes in vision and the presence of aura, as well as nausea and vomiting. While none of these individual symptoms is likely to cause depression, it’s easy to understand chronic migraine sufferers who deal with pain 15 days or per each month could develop depression. Patients who experience migraine headaches more often typically have a lower quality of life than those who only get occasional headaches. But what about the other way around? A 2008 survey conducted by the National Headache Foundation showed that some symptoms of depression could actually be triggers for migraine.

Individuals suffering from depression usually experience a range of symptoms, some of which are physical, some emotional and some psychic. The physical complaints include:

Depressed individuals might also experience strong negative emotions, such as loss of interest in hobbies, ongoing sadness or irritability, and feelings of low esteem. All these can be collectively described as “feeling blue,” a state of being that is known to produce tension. Research shows tension and anxiety generate a response that causes contraction of the head’s skeletal muscles, resulting in a tension-type headache. Some patients also report worsening headache symptoms after an episode of depression.

It’s not only depression that accompanies migraines but other mood disorders, including anxiety, panic attacks and bipolar disorder. Migraine sufferers are five times more likely to develop depression, however, than patients who don’t experience headaches. Some practitioners speculate that it could be a result of related genes, rather than a direct link between the conditions. In addition, disability and a reduction in quality of life are more obvious in patients suffering from chronic migraine if they also have depression or anxiety disorder.

The Links Between Migraine and Depression Headaches

Migraine patients may suffer from a few or many of these symptoms, but depressive headaches have particular characteristics in common with migraine. Likewise, migraine headaches aren’t triggered by other medical conditions, but by many of the same issues that trigger depression, such as:

To diagnose a depressive headache, it’s important to rule out organic physical causes related to the bones of the head, neck and jaw. Physicians also routinely check for any form of lesion in the brain, as well as viral or bacterial infections such as meningitis, encephalitis or pneumonia, all of which can cause headache pain.

In patients who display symptoms of both chronic migraine and depression, doctors will often try to treat both conditions at the same time by prescribing medication. While selective serotonin reuptake inhibitors (SSRIs) are an effective antidepressant, they can’t be combined with Triptans without increased risk of side effects. For this reason, the antidepressant approach can only work for patients who don’t require triptans, which can only be used in the treatment of migraines when they occur.

Preventive treatments are a helpful option for patients suffering from both migraine and depression. Beta blockers and antidepressants can help stave off migraine attacks, and when this is combined with efforts to identify and eliminate triggers from the patient’s lifestyle, it can make a noticeable difference.

Biofeedback has gained a degree of popularity in the treatment of tension-type headaches, and is also applied to migraine attacks in patients with depression.

The Importance of Journaling

Migraine sufferers are recommended to keep a journal of migraine attacks and the days or hours leading up to them. This is particularly valuable in making a connection between migraine and depression. When the patient records their emotions in conjunction with migraine attacks and other factors, it provides doctors with reliable records to apply to treatment protocols.