Migraines and Vitamins: What's the Connection? 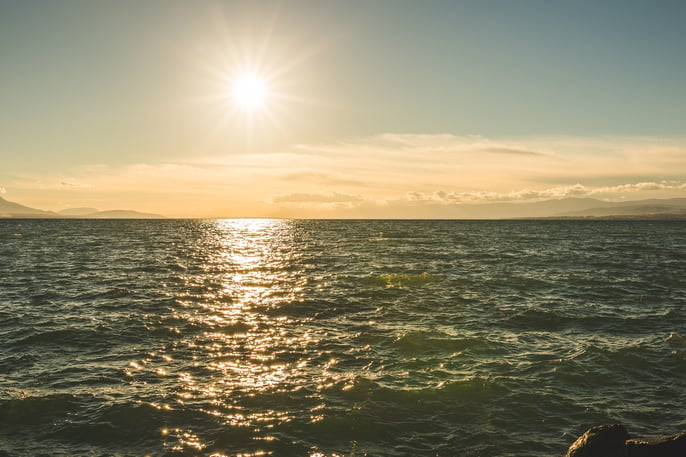 Recent studies indicate there might be some reason to believe there is a correlation between vitamin deficiency and migraine headaches. Taking into account many factors, including geographical location, lifestyle, and diet, if you are struggling to gain control over your migraine headache pattern it may be worth doing some investigation into your own personal, possible vitamin deficiencies.

At the Annual Scientific Meeting Of the American Headache Society In San Diego, a presentation revealed there was a mild deficiency in vitamin D, riboflavin, and coenzyme Q10 among young adults, teenagers and children who suffer from migraine. The research was conducted at the Cincinnati Children’s Hospital Headache Centre and involved 7,420 patients. Following an examination of baseline blood samples, it was found that 16% of participants had less than average levels of riboflavin, coenzyme Q10 levels were low in around 51%, with 31% having low vitamin D levels.

Current research presents some conflicting evidence, but in a 2012 review of completed studies, riboflavin and coenzyme Q10 were found to have a positive effect on migraine, as were supplements of vitamin D.

Many of us spend the majority of our time indoors during both our working and our leisure hours. We have also been trained over recent years to use sunscreens and sunblocks whenever we venture into bright or strong sunlight. Both of these practices can lead to a deficiency in vitamin D. One of the roles of vitamin D is to assist the body to absorb magnesium, but it plays other roles as well such as maintaining bone health, Research also indicates it may play a part in conditions such as autoimmune diseases, heart disease, cancer, and chronic pain disorders such as migraine.

In a study conducted in 2009, headache patients who found no relief through conventional drugs and who were low in vitamin D were given daily vitamin D supplements. All the patients experienced some relief from head pain after taking the supplements for around 4 to 6 weeks, which is the length of time it takes for vitamin D levels to return to normal.

Geographical location seems also to play a part in vitamin D levels, with those who live further away from the equator more likely to suffer from deficiencies due to the shorter daylight hours.

In light of the recent research which indicates a possible link between vitamin D deficiency and migraine headache, sufferers who get little or no relief from existing medication may find it worthwhile discussing the possibility of a vitamin deficiency with their doctors or other specialists involved in their care. Since diet and lifestyle also play a part, investigating ways to improve those could provide alternative, healthy, ways of ensuring you’re getting enough vitamin D.

Folic Acid and B12

Pernicious anemia can result from deficiencies in B12 and folic acid, and when this is severe enough it can trigger migraine headaches, as well as irritability and fatigue. Those who don’t eat enough food rich in folic acid, and who take aspirin on a daily basis, are particularly at high risk. While B12 deficiencies are relatively rare, those who take acid blockers such as those used to treat acid reflux disease could have lower absorption rates.

Also known as vitamin B6, this plays a role in the synthesis of norepinephrine and serotonin, which are both neurotransmitters. Mild deficiencies are common in women who use birth control pills, and could result in the body being unable to correctly absorb and use magnesium. Magnesium is vital for our well being, playing a role in over 300 biochemical reactions including nerve transmission, blood coagulation, nutrient metabolism, and muscle contraction. The results of various studies conducted between the 1980s and now indicate that migraine sufferers often have low levels of magnesium.

Most of the time a lifestyle that includes plenty of fresh air and exercise, alongside a diet that samples from all the major groupings, will provide us with all the vitamins and minerals our bodies need for healthy function. There are times, however, when circumstances intervene. These can include normal hormonal fluctuations, such as women’s menstrual cycles, or when we’re taking medication for other illnesses that suppress the ways our bodies absorb vitamins.

Further studies are needed to prove a definite link, but the results to come out of research so far look promising, and may provide migraine sufferers with another potential solution. Research into migraine headaches is always ongoing, with each study providing a little more knowledge about this complex and debilitating condition. Anything that can provide another route for patients to reduce or eliminate their pain levels and frequency is worth investigating.