Military Migraines: Can You Enlist If You Suffer from Migraines?

Although we tend to think of the brave men and women of our Armed Forces as being made of steel, the fact is that they go through many of the medical issues that are prevalent in the civilian population. It is unreasonable to think that those who volunteer to serve our country will never suffer from migraines during their terms of enlistment. 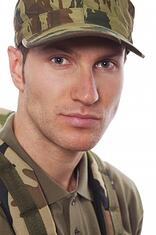 Even when fighting wars in Iraq and Afghanistan and maintaining readiness levels in the United States and abroad, the military always seems to find plenty of healthy volunteers who are ready to answer the call to serve their country. All branches of the military strive to accept the healthiest men and women into their ranks; to this end, their medical screening process at the Military Entrance Processing Stations (MEPS) tends to be very rigorous.

Migraines in the Military: A Growing Problem

All members of our Armed Forces are required to carry on their missions under highly stressful conditions. From soldiers to sailors and from Marines to airmen and members of the Coast Guard, these are men and women who are trained to perform dangerous tasks on a daily basis. All this stress is definitely taking a toll on the military as a whole.

Migraines and other cephalalgia conditions have resulted in evacuations of military members from the theaters of operations in both Afghanistan in Iraq. Two thirds of those who were evacuated did not return to duty. This may not seem surprising to those who live with migraines since they know that stress is the number one exacerbating factors of their conditions.

The problem is that many men and women in the military are developing debilitating migraine conditions as a result of continuous stress. For some of these military migraine patients, their condition may have been latent or dormant, but for others it is a new medical issue.

It is not hard to imagine that medical personnel at MEPS are probably instructed to disqualify volunteers who have a considerable history of migraine episodes. This is a reasonable posture on the part of MEPS since the military knows that someone who is besieged by migraines will not be able to perform his or her duties in the field.

Migraine patients who wish to enlist in the U.S. military should be completely honest about their medical histories and conditions to their recruiters. If a migraine episode has not occurred in many years, the recruiter will coordinate an induction physical examination at MEPS that may include diagnostic imaging and neurological testing to rule out serious vascular or oncology conditions.


Medical Waivers in the Military

Some men and women tend to experience migraines when they become adolescents due to hormonal changes and cerebral development. If their conditions improve once they are 17 years of age or older, they should not feel intimidated about heading to the recruiting station. Under some circumstances, a medical waiver may be issued at MEPS with certain caveats; for example, garrison duty only.