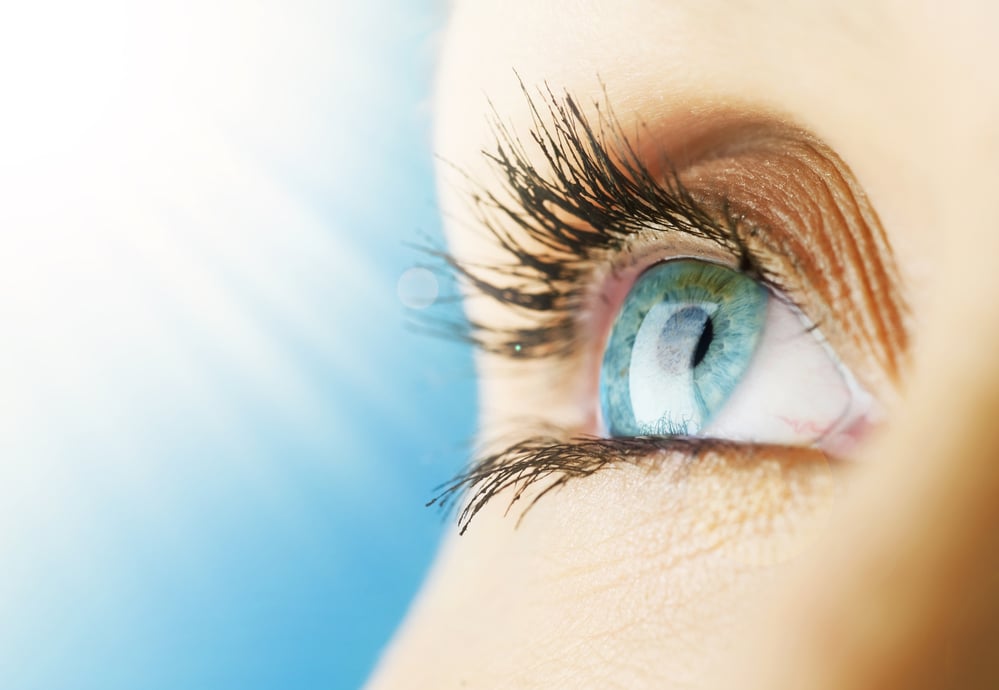 A new study published in NeuroImage Clinical found a potential link between migraines and activity in an individual’s visual cortex. Chun Yuen Fong, Wai Him Crystal Law, Jason Braithwaite, and Ali Mazaheri, researchers from the University of Birmingham and Lancaster University in the UK, collaborated in the paper published earlier this year.

It’s no secret that migraineurs often suffer visual disturbances before and during migraine episodes. What hasn’t been shown is where the effect comes from. Why do certain people react differently to various visual stimuli, and why do some  develop migraines or suffer visual issues while others do not?

The visual cortex is the part of the brain that processes visual information as it enters the eyes. It is located near the back of the brain. If you remember your elementary brain anatomy, simplified images of the human brain show the optical nerves crossing and then proceeding towards to back of the head to enter the processing area.

For most people, this is a normal process that happens without any problems, regardless of the visual stimuli.

Many migraine patients report abnormal vision, including elementary hallucinations, light sensitivity, and auras either during a migraine or in everyday life. For some, migraines are triggered by light in specific patterns, frequencies, or intensities.

For the study, researchers tested 29 migraineurs (half with aura and half without) and 31 individuals who did not suffer from migraines. Each study participant was asked to look at a visual pattern on a screen created by a specialized software program.

The software provided a target for people to focus on, then moved to show a series of patterns. The individuals were asked to look at the pattern and state whether they experienced any visual issues or discomfort.

The patterns were shown as an oval within which the light patterns were stripes of various widths, which the researchers called grated. The images were a lot like those you may see as a form of entertainment, where some of the stripes appear less crisp than others in the same image.

Later, the participants were tested with the same patterns while hooked up to an electroencephalogram or EEG, so any changes or differences in brain wave patterns could be observed.

The study suggests that migraine sufferers have specific anomalies in the way the visual cortex receives, integrates, and processes information from the retinas of the eye.

The results of this study, on its own, don’t prove a definitive link between migraines and the hyper-response of the visual cortex. Still, when taken in conjunction with other studies, it provides another pathway to investigate the causes of migraines with the potential to determine future treatments.

For You Science Geeks

The researchers were comparing the VEP or visual evoked potential caused by striped or grated patterns at spatial frequencies of 0.5, 3, and 13 cycles-per-degree.  The grand mean of the measurements was graphed according to the performance of the test subject.

For migraineurs, the amplitude of the N2 was increased in migraineurs, indicating a higher than expected response to the stimuli, followed by attenuated late negativity when the stimuli ended. Researchers suggested these results mean there may be a disruption of the balance between two cellular pathways (the parvocellular and the magnocellular) supporting the cortical hyper-excitation hypothesis for migraineurs.

What It Means for Treatment and Mitigation

Over time, migraineurs learn their specific triggers and try to avoid them. However, the effectiveness of treatments and other mitigation strategies depends on discovering the root cause of the issue. As researchers learn more about why one person suffers a migraine while the person next to them never does, they narrow the parts of the brain that may require some form of intervention to avoid episodes altogether, with little action required on the part of the patient.

Sufferers are not always successful in avoiding triggers, particularly when the stimulus appears or changes suddenly and without warning. Consider the various differences in light and glare you see as you drive from one place to another. Another example is the changing stimulus of light during videos such as movies or streaming. For a migraineur, some of those flashes may not cause a visual disturbance or migraine, while others can.

Finding a method of reducing light stimulus issues is sometimes a guessing game. One migraineur may find a particular type of eyeglass lens helps navigate the world without issues. Yet, the same lens does nothing for another sufferer.

Studies like the one by Fong et al. are starting to uncover specific differences found in the brains of migraineurs that are not found in those who never have migraines. They may also uncover why some non-sufferers still have increased responses to light without triggering a migraine.

In the meantime, more studies must be performed to continue to identify precise structures within the visual cortex and other parts of the brain, which could lead to better treatments and a higher quality of life for those whose migraines cause them to miss out on so much.