Pressure Changes and Migraine: How to Avoid Them 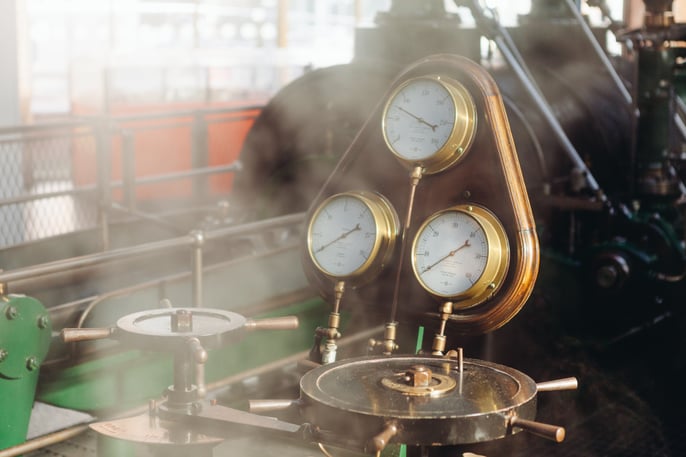 Changing barometric pressure is a factor that impacts many migraine sufferers. For patients living in pressurized climates, it’s imperative to understand how pressure changes might affect you. Here's some useful advice on how to avoid the effects of pressure changes, especially in locations where these are a regular occurrence.

How Barometric Pressure Changes Affect You

If you’ve ever had your ears pop during a flight take-off or landing, you’ll have experienced a change in barometric pressure. The pain sometimes associated with the pop is caused by the air in the middle ear expanding or contracting to match the pressure of the surrounding atmosphere. The same principle applies to changes in the atmospheric pressure on the ground, which is measured by a barometer. The air inside your sinuses needs to expand or contract to match the pressure of air outside the body, and when the difference between the two is significant, it causes pain.

High barometric pressure only creates problems in extreme instances, such as during scuba diving when the quick release of pressure causes what’s known as “the bends.” Low pressure, however, is experienced much more frequently during daily life, because of the drop in atmospheric pressure that accompanies certain weather changes. With some preplanning, however, you can be well prepared for changes in pressure and hopefully avoid a resultant migraine attack:

Many migraineurs jokingly state they could predict the weather better than their local meteorologist. Instead of waiting for your body to tell you a change in pressure is on the way, however, if you can pre-empt its arrival you may be able to take steps in time to avoid it. Some new digital methods of tracking pressure changes include:

Most of these methods have both pros and cons, but all of them offer you the means to get ahead of those changes in pressure.

For many people this sounds easier than it actually is. Keeping up your levels of hydration doesn’t necessarily mean you have to drink a ton of water every day, although that’s obviously the best—and simplest—way to do so.

Some alternative ways to maintain hydration include:

If you passionately hate drinking water, try diluting fruit juice half and half to begin with, and working up to one part juice to three parts water. By focusing on maintaining the right fluid levels, you will be more capable of avoiding a migraine attack even if you aren’t able to avoid the change in pressure.

One of the worst things a migraine patient can do is start to feel tense and apprehensive in the face of an impending change in pressure. The stress can trigger a full-blown tension headache or migraine attack, and getting flustered can raise your body temperature just enough to hit the ball right out of the park. When you discover or sense a drop in pressure is on the way, make plans that include:

Perhaps lying down in a cool and darkened room isn’t your idea of a fun day, but sitting listening to music in a comfy chair away from the chatter and clatter could be tolerable—while still helping you to avoid that dreaded migraine.

Preventing a migraine is all about limiting your exposure to triggers, and changes in barometric pressure are a common cause for many migraineurs. By focusing on knowing when to expect the change and having a strategy ready to avoid other triggers during the pressure drop, you may be able to “outwit and outlast” the weather change without incident.