Radio Frequency Ablation: 1 Option That May Cure Your Migraines

Posted by Migraine Relief Center on Aug 22, 2014 7:00:00 AM
June 2014 was Migraine Awareness Month, and it was a month full of interesting and exciting news about the future of this condition, which is estimated to affect one billion people around the world. In the United States, the National Headache Foundation encouraged patients who suffer from chronic migraine conditions to share their life stories and to also ask their physicians about new treatment options.

There is a clear interest among chronic migraine patients in learning about treatments that do not involve lots of medications. To this effect, some of the most talked-about alternative therapies include: 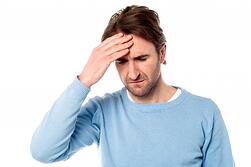 The three alternative treatments above feature minimally invasive procedures that may not only provide relief from migraines but also reduce dependence on medications. There is yet another treatment that is a bit more invasive and may seem a bit scary to some patients, but it is actually safe and features an impressive record in terms of mid-term effectiveness.

How Radio Frequency Ablation (RFA) Can Keep Migraines under Control

In a way, RFA is similar to supraorbital nerve decompression surgery in the sense that it provides migraine relief by means of direct intervention on nerve clusters believed to cause headaches. This is a slightly invasive procedure; it calls for the insertion of a probe similar to a needle, and it is often applied to the neck area. The nerves that RFA typically intervenes are located near the C1-C5 vertebrae.

The RFA probe uses radio waves to create an electric current, which in turn heats up the nerve endings and essentially incapacitate them. To this effect, RFA is also similar to nerve block applications; in fact, pain specialists frequently apply blocks to determine if their patients are good candidates for RFA.

RFA is a mid-term therapeutic solution for migraine patients whose headaches are thought to originate from their necks. The nerves are not permanently disabled; they tend to regenerate after a while. Three quarters of patients who undergo RFA report complete relief that lasts about a year. At this point, RFA is second to supraorbital nerve decompression, also known as migraine surgery, in terms of relief.

Not all chronic migraine patients will benefit from RFA; even those who respond positively to nerve block applications are not guaranteed to experience comprehensive relief. There is little risk involved in the procedure itself since it is minimally invasive, but some patients can expect discomfort, edema and the possibility of infection. All of these complications can be prevented and remedied.

Very few patients have reported that their migraine conditions have actually worsened after receiving an RFA procedure. This may be explained by the fact that the nerve centers in the cervical area are not the only ones active during the headache phase of a migraine attack. Migraine surgery may be a better option for these patients since many cranial, cervical and facial nerves can be intervened.