What Are the Risks of Opioid Use for Migraineurs in This Age of Crisis? 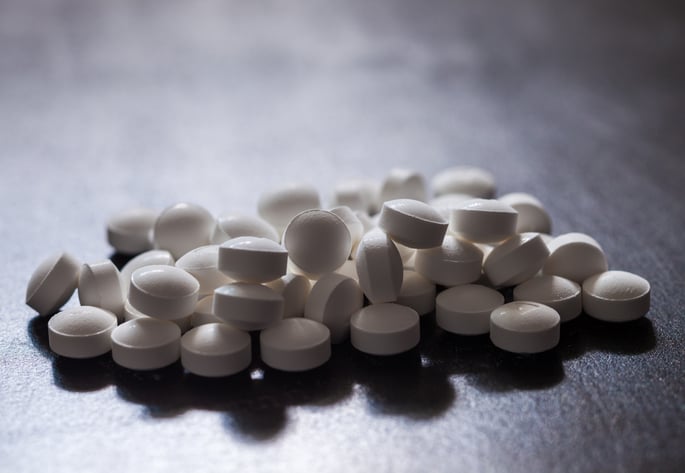 “Given the opioid epidemic in the U.S. and the high prevalence of opioid use in migraine patients shown in our study, especially those with chronic migraine, our results suggest that improved management of treatment is needed to optimize care.” - Justin S. Yu, PharmS, Allergan

Dr. Yu was speaking at the annual meeting of the American Headache Society in August 2018. As one of several speakers, he presented a retrospective observational study of opioid use in 129 chronic migraineurs. While this is a small study size as these things go, Dr. Yu found that more than half of chronic patients and over a third of episodic patients filled one or more prescriptions for an opioid drug in the previous year.

In many cases, both chronic and episodic migraineurs filled three or more opioid prescriptions within that time frame, with a mean number supplied of 4 over 12 months.

As the opioid crisis grows, there is more work to do to educate healthcare providers and migraine sufferers about alternative treatments that work better than opioids, lowering the risk for addiction. Also, with new legislation and guidelines regarding access to opioids, some patients who are best served with opioid-based medications are having problems accessing the drugs they need.

Dr. Richard Lipton, past president of the American Headache Society (AHS) and director of the Montefiore Headache Center at the Albert Einstein College of Medicine, observed that healthcare providers should prescribe opioids only for exceptional cases following the recommendation of the AHS and other organizations. One example is for treating patients with cardiovascular issues who are unable to take triptans or NSAIDs.

Further studies determined three groups that were more likely to be prescribed opioids:

For some patients, opioid use reduces their response to other, more effective treatments. In many cases, using opioids to treat their migraines resulted in the loss of daily function due to typical side effects.

Why Are Opioids Still Prescribed?

It’s difficult to avoid news of the opioid crisis in the news, so why are they still used?

Sometimes it is the patient who requests them not knowing that the treatment is not effective. Also, opioids tend to be less expensive than other migraine medications. On the provider side, physicians may not realize or understand that triptans are relatively safe for most people with few exceptions, such as patients with uncontrolled hypertension or a history of stroke or heart attack. People over 65 are also not good candidates for triptans, but there are other treatments for these groups besides opioids.

The fact that opioids are still a medication of choice by many healthcare providers indicates we need to do a better job implementing evidence-based guidelines.

Opioids, along with barbiturates, are implicated in acute medication overuse, which is the use of oral prescriptions of these drug classes for an average of over ten days per month. The Migraine in America Symptoms and Treatment (MAST) study showed around eight percent of the study group fell under this definition. These patients would need to withdraw from the medication and add a preventive measure. Then the opioid (or barbiturate) could be replaced by a drug class that was more effective with fewer issues.

Opioid-Induced Hyperalgesia is another effect of long-term opioid use. OIH is defined as increased pain sensation as a result of using opioids for long periods. Over time, certain receptors in the body are overactivated, resulting in more pain impulse transmissions and affecting the amount of pain sensitivity for chronic and acute pain states. In some cases, OIH and analgesic tolerance occurred within a month of the beginning of treatment.

In an analysis of over 14,000 emergency room visits between 2010 and 2016 by adolescents and young adults presenting with migraine, nearly a quarter of the patients were prescribed opioids by the emergency provider within 12 hours of ER admission. Nearly 60% received a prescription for opioids as first-line therapy.

Since the issue of opioid overprescription has come to light, another problem has surfaced. Those patients whose migraines do respond to opioids better than other drugs can find it difficult to access the medication they need. Because providers have become so sensitized to the issue, convincing them to prescribe the drugs to anyone becomes a barrier to treatment.

On the other hand, headache is the second most common complaint for drug-seekers after back pain. Determining the difference between a patient with a migraine and someone who is merely trying to score drugs can be difficult, particularly in busy emergency rooms and urgent care facilities.

The Need for Education

Dr. Jessica Ailani, associate professor of neurology for MedStar Georgetown University Hospital and director of their headache center, upon learning of the findings of continued prescriptions of opioids for migraine, noted the need for more intensive and widespread education efforts, particularly for primary care physicians.

She observed that headache specialists had been moving away from opioids long before the crisis was recognized and educating other providers. In learning that over a third of migraineurs in the CaMEO study still used opioids, she expressed sadness that the educational efforts have not been more effective.

On the other hand, Dr. Ailani also notes that many new migraine treatments were in development and that there are already effective treatments available, such as triptans and NSAIDs, for acute migraine attacks, and anti-epileptic drugs and beta-blockers could be used as preventatives.

As more and more physicians become aware of the problem of overprescribing opioids, particularly when they are ineffective in treating migraines, the number of patients using them will decrease. However, the study results used in this post show that further educational efforts are needed, not only for physicians who are not primarily migraine or headache specialists but for migraineurs seeking pain relief.

Opioids create more problems than benefits. They are ineffective for treating migraine, have unacceptable side effects, and the risk of addiction is high. Other treatments found to be more effective, although more expensive, are available and should be selected over opioids.