Should You Disclose Your Migraine to Your Employer?

A 2003 research study cited by the Migraine Trust, a health-based charity in the United Kingdom, indicated that migraines cause the loss of more than 20 million work and school days each year. Considering that more than 30 million people in the United States alone suffer from migraines, it is safe to say that this condition can be detrimental to productivity. 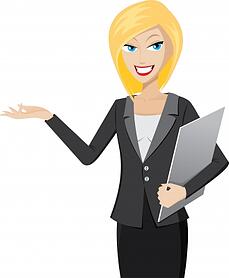 About 90 percent of working adults who suffer from migraines are likely to call in sick when they are afflicted by a serious episode. For this reason, many migraine patients often ask themselves if they should disclose their condition to their employers.

Migraines in the workplace are often disguised as other ailments such as influenza or loose bowel syndrome. One of the reasons migraines are not disclosed in the workplace is because the news media tends to paint them as being chronic and extremely debilitating, which is not always the case.

Since it is estimated that five million people in the U.S. are bound to suffer from a serious migraine episode once a month, it is not surprising that some employers will consider workers who suffer from this condition as a potential liability in the workplace.

Migraine patients who choose to disclose their conditions to their bosses will invariably focus on the worst-case scenario, which is the potential of getting fired on the basis of a made-up excuse. A productive employee who has not missed any days of work due to migraines does not have to be obligated to disclose his or her condition. However, once job performance has been affected or a couple of work days have been missed, employees may wish to offer an explanation.

Most employers know better than to firing workers solely on the basis of a health condition that can certainly be accommodated. In this regard, migraine patients have the Americans with Disabilities Act (ADA) on their side. In some cases, the Family and Medical Leave Act (FMLA) may also be considered.

Another federal labor law to consider is the Health Insurance Portability and Accountability Act (HIPAA), which offers privacy to migraine patients in the workplace when their employers participate in health insurance.

The best approach to migraine disclosure in the workplace is to follow a script that has been written and rehearsed in advance. Timing is also of the essence; to this effect, it is not recommended to disclose right after the first missed day of work. Waiting for the right moment, such as after a positive employee evaluation, is a better option.

In the end, disclosing a migraine condition at work is a very personal decision. At the same time, it can also be very liberating under some circumstances. In this regard, migraine patients need to be effective judges of character when it comes to making this decision.