Are There Any Side Effects for My Migraine Medication?

Posted by Migraine Relief Center on Feb 4, 2014 7:00:00 AM
With nearly 30 million people in the United States suffering from migraine symptoms, it its safe to say that more than a hundred thousand Americans are taking pain relief or preventive medications at any given time. This also means that millions of people have the potential of feeling one or more of the unpleasant side effects associated with the pharmaceutical treatment of migraines. 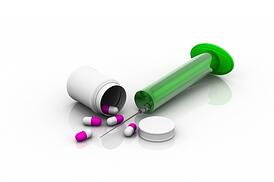 From nausea to constipation and from weight gain to weight loss, just about all medications used for the treatment of migraines have the potential of bringing about side effects. Some medications are even dispensed with warnings and precautions. In general, it is very important for migraine patients to learn about side effects so that they are not taken by surprise when they feel them. It is more important for migraine patients, however, to notify their primary care doctors as soon as they feel any of the side effects listed below:

Physicians have been prescribing triptans for the treatment of migraines for almost three decades. These medications, which are usually prescribed as pain relief options, are not known to produced too many side effects. Some patients complain of sleepiness, but the most common side effect is actually the return of migraines.

Triptans are often prescribed with a precaution against taking them in conjunction with antidepressants such as Prozac and Zoloft. The basis for this warning is serotonin syndrome, which is a very serious health condition resulting from excessive stimulation of the central nervous system caused by toxicity.

Aspirin, acetaminophen and ibuprofen are three of the most common OTC remedies recommended for migraine patients who suffer from mild headaches. Some of these OTC medications may be combined with other substances such as caffeine to control symptoms other than mild pain and discomfort.

Side effects for OTC migraine treatments tend to be minimal and negligible. Medication-induced headaches are the most common and ironic side effects, and they usually signal overuse. Long-term overuse of aspirin has been linked to gastrointestinal discomfort and bleeding.

This anticonvulsant medication, which is often prescribed as Topamax, does not present too many side effects for migraine patients, although a few can expect to feel some nausea, loss of appetite, drowsiness, and impotence.

Unlike triptans, beta blockers are preventive medications prescribed for the treatment of migraines. Beta blockers have a slight risk of undesired effects such as depression, insomnia and dizziness.

Ergots used to be very popular medications for migraine treatments, but they have been largely replaced by triptans. Side effects of these medications include strong feelings of nausea, but persistent headaches from prolonged use are event more common. Dihydroergotamine has almost none of the ergot side effects and can be used as a nasal spray to minimize nausea.

In the end, migraine patients should be aware of the potential side effects described above and promptly tell their physicians about them. In many cases, doctors will inform patients in advance and will recommend that they enter the time and intensity of side effects in their migraine diaries.