A Review: Three Studies of the Effects of Cannabis on Migraines 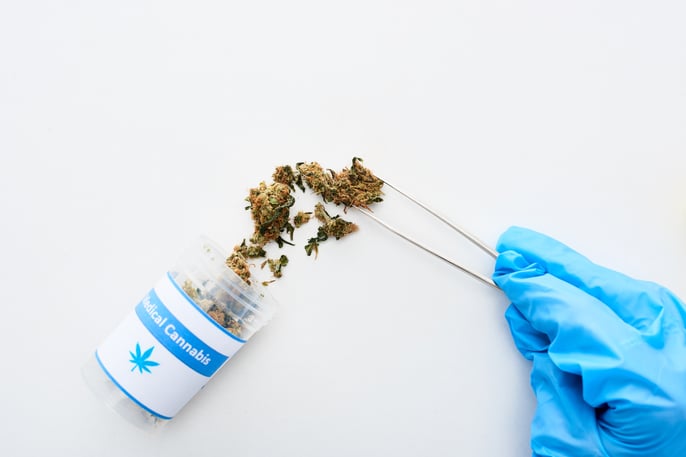 While the popularity of cannabidiol (CBD) continues to soar, there are still few studies available with data to support its use. Now that industrial hemp farming is legal, studies of hemp oil and CBD on migraines may become more available. Confounding some of the efforts is the fact that, while CBD is legal at the federal level, it is still illegal in some states. However, the trend appears to be toward the legalization of CBD in certain forms.

Here is a precis of three studies published in authoritative medical journals that seek to understand the effect of cannabis (both THC and CBD) on migraine and headache pain. Some are literature studies only, indicating a gathering of data from previously performed studies without any original research findings.

As a reminder, cannabis products containing more than 0.3% THC (the psychoactive component of marijuana that makes you “high”) are still illegal at the federal level, although some states have legalized medical or recreational marijuana.

Unfortunately, studies have yet to be performed that separate the effects of CBD and THC. However, with reports of pain reduction using cannabis, there is hope that using CBD alone will prove effective at pain reduction without the side effects inherent in using THC.

The Journal of Pain, November 2019 - Short and Long Term Effects of Cannabis on Headache and Migraine

One of the most recent studies published, this research paper focuses on inhaled cannabis in the form of smoking. Carrie Cutler, a Washington State University Assistant Professor of Psychology, and her cohort reported that inhaled cannabis reduced headache severity levels as reported by patients.

The researchers analyzed archival data from an application that allows sufferers to track symptoms before and after using medical cannabis. Patients purchased cannabis in Canada from local producers and distributors. Over 1,300 individuals submitted data to the Strainprint app, allowing researchers to track changes in headache severity both before and after cannabis use as it happened.

The study did not find a significant difference in pain reduction between cannabis strains with higher or lower levels of THC or CBD. However, cannabis concentrates like cannabis oil seemed to produce a more significant decrease in headache severity ratings over using whole-flower cannabis. Cutler et al., notes more study is needed to pinpoint the component of the cannabis plant that causes pain reduction. In particular, we need the results of double-blind studies of various forms of cannabis and a placebo to make accurate decisions about its effectiveness.

A couple of salient points - patients did not report any medication overuse headaches when using cannabis, and some patients appeared to use larger doses over time, which may indicate the development of tolerance to the substance. Also, there is no direct comparison to conventional treatments among these patients.

Third Congress of European Academy of Neurology, 2017 - Therapeutic Use of Cannabinoids - Dose-Finding, Effects, and Pilot Data Effects in Chronic Migraine and Cluster Headache

This study was carried out in phases. In the first phase, 48 people with chronic migraine received a combination of two medications. One compound contained 19% THC (and apparently CBD as well), and the other contained 9% CBD with virtually no THC. The medication was taken orally.

Doses below 100 mg showed no effect, but doses of 200 mg provided a reduction in acute pain by 55%. Unfortunately, since the patients received both THC and CBD, it is not possible to determine which compound generated the effect.

The second phase studied 79 people with chronic migraine. They received 200 mg of the THC-CBD combination or a 25 mg dose of amitriptyline daily. After three months of treatment, the researchers observed a 40% reduction in migraine attacks for both groups, indicating the THC-CBD combination was as effective as amitriptyline (a tricyclic antidepressant used in migraine treatment).

Patients suffering from cluster headaches, on the other hand, reported only a slight decrease in headache severity and frequency.

The Journal of Human Pharmacology, 2016 - Effects of Medical Marijuana on Migraine Headache Frequency in an Adult Population

Researchers from the University of Colorado sought to describe the effects of medical marijuana on monthly migraine frequency. Rhyne et al. studied 121 adult patients recommended for treatment or prophylaxis using medical marijuana who were seen at two specialty clinics.

A retrospective review of patient charts concluded that the frequency of migraine was reduced with medical marijuana. However, the researchers noted that more studies exploring the cause and effect of different strains, formulation, and doses of marijuana were needed to understand the relationship better.

Migraine frequency decreased from 10.4 per month to 4.6 per month using medical marijuana according to the results from the patient charts. More than one form of medical marijuana was used, but it was administered daily as a preventative. Depending on the patient, the compound seemed to reduce not only frequency but also may have acted as an abortive.

The most common form of medication was inhaled, particularly when used as an abortive. Of side effects reported, the most common was somnolence (sleepiness) and difficulty regulating the dose of edible forms of marijuana.

Studies with solid evidence of migraine pain, frequency, and severity reductions are yet to become available. There are no reports of double-blind studies of cannabis in any form against a placebo, the gold standard of medical research. However, with the legalization of hemp farming, the popularity of CBD (a non-THC cannabinoid product), and the legalization in some states of medical and/or recreational marijuana may open the doors to rigorously controlled studies on migraines and CBD.

So far, the evidence seems promising. Every year we learn more about how and why migraines occur, and studies continue to find effective treatments with fewer side effects. In the meantime, before using an alternative product for your migraine, consult with your physician to discuss the risks of product use and whether there are any potential cross-reactions with medications you already take.