What is a Cefaly Machine and How Does it Treat Migraines? 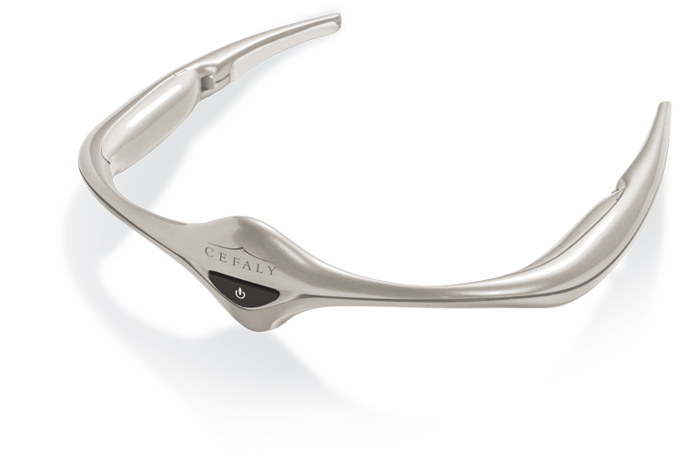 Medical science is continually looking for new ways to prevent or treat migraine attacks. Statistics from government health studies show the prevalence of migraine has remained consistent over the years, affecting around 12 percent of the American population or 39 million people. Sufferers have several care options to choose from, ranging from pain management and lifestyle strategies to oral medication and surgery. Due to the complexity of the condition, however, no single treatment exists that works for everyone, and it can take years for some patients to find a method that brings relief.

Many migraineurs have difficulty getting an accurate diagnosis, and more than half of all patients have their condition mistaken for a sinus or tension headache. After a diagnosis is reached, however, one of the treatments available is the Cefaly device.

What the Cefaly Device Is

The Cefaly device is a drug-free migraine treatment that is non-invasive, which delivers a safer, more effective result than most medications. The device is a small headband the patient wears across the front of the forehead, extended over the ears. It’s intended for patients who experience frequent attacks, and it allows you to significantly reduce your intake of prescription and over-the-counter drugs.

The FDA announced approval of the new Acute version in September 2017, and although categorized by the FDA as a TENS unit, it’s more accurately described as an “external trigeminal nerve stimulation” or eTNS unit. This followed approval in March 2014 of the original Cefaly, which was the first transcutaneous electrical nerve stimulation (TENS) device authorized for use before a migraine’s onset.

Achieving approval by the FDA depended on the results of several studies that showed one hour’s usage of the device either relieved or stopped migraine attacks. In a double-blind study, the treatment reduced migraine pain by 65 percent on average, and 32 percent of the patients reported being pain-free in one hour. The approval was also based on relatively few side effects experienced by users, and the lack of significant consequences when side effects occurred. Due to the low extent of side effects, the Cefaly offers advantages for patients who need to avoid other preventive treatments, whatever the reason.

The headband sends electrical impulses to the trigeminal nerve, which has strong links to migraine pain and is the target of many surgery options aimed at relieving pressure on the nerve. The stimulation process reduces the effect of pain signals, causing the attack to be less severe or completely eliminated.

All three Cefaly models have a small electrode located under the unit in front. This sends micro-electrical impulses through the patient’s skin to reach the main branches of the trigeminal nerves, which run from the forehead to the brain stem. The patient places the self-adhesive electrode on the forehead just above the eyebrows, and then lowers the device over the electrode until they can secure it with a pin.

The patient pushes a button to begin the session, which creates a tingling sensation. Some people find this unpleasant to begin with, although others report that the vibrations are comforting and help them to fall asleep. By controlling the intensity initially, patients can gradually increase the level to make the treatment more effective. The headband may leave a red mark on the forehead, but it shouldn’t irritate the patient’s skin or cause any pain.

A disadvantage of moving around while wearing the Cefaly is that it could become disconnected from the electrode. This will mean restarting the session, so it’s preferable to spend the treatment time relaxing, reading or writing.

The Cefaly device is battery-operated and comes with three packs of electrodes, each of which is designed to last for up to 20 uses. It initially takes around three hours to charge the batteries in full before the first session, but once fully-charged, it will last between 5 and 10 hours depending on the session you’re using. When the battery charge is too low for operation, the Cefaly will deliver a long “beep” sound on pressing the button, and you will need to recharge it for a minimum of five minutes to be able to use it for a session.

The Cefaly device now comes in three different models, which are smaller and lighter in weight than the original version. These are:

At the time of writing, the Cefaly device is only available with a prescription. Costs range from $350 to $500, and replacement electrodes sell for around $25 for a pack of three. Few insurance companies are likely to cover it, which makes it a fairly hefty out-of-pocket expense.

The Cefaly’s stimulation process reduces the effect of pain signals, causing the attack to be less severe or completely eliminated. Clinical trials that took place in Belgium in 2014 showed positive results, with 67 subjects who had been free of medication for three months before the trial began. This ensured their results weren’t affected by any other treatments. Another group received placebo devices, and when the results were compared, scientists found the primary group had significantly fewer attacks and needed much less migraine medication.

In another survey in France, 2,300 sufferers participated and more than 50 percent indicated their satisfaction and willingness to buy a device for their own use. Some users also report high trigger thresholds after treatments, which suggests the Cephaly may eventually offer a cure.

As a result of the hype surrounding the FDA approval, the Cephaly’s success has enjoyed massive amounts of public awareness, as well as a heightened interest in migraine treatments from the medical community. It certainly offers patients a viable alternative treatment worth exploring.

Where to Get a Cefaly

You will need a prescription from your migraine doctor to purchase a Cefaly. The device isn’t right for everyone, and its value to you depends on your migraine diagnosis and the cause of your headaches. It’s best to consult with your specialist before planning your purchase, to find out if the device offers any potential benefit for your migraines.

If your doctor agrees that you should try it, you may be able to order it through your doctor's practice. Alternatively, you can place an order on Cephaly.us and the company will ship your device to you. A 60-day money back guarantee is available, in case you find the unit is faulty or it does not work for you.