What is a Hemiplegic Migraine Headache?

Posted by Migraine Relief Center on Feb 21, 2014 7:00:00 AM
The pulsating rhythms and dramatic movements of German composer Richard Wagner's extensive body of musical work are believed to have been reflections of his lengthy battle with migraines. Neurologists studying certain passages of classic operas composed by the virtuoso have listened closely to how Wagner may have been inspired by the auras and debilitating migraine episodes he is known to have experienced. 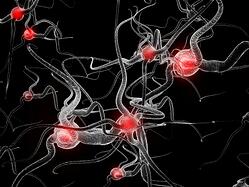 In his correspondence and written accounts, Wagner sometimes described his migraines in harrowing detail. Some of his descriptions correspond to hemiplegic migraines, which are frightening headaches that closely resemble a stroke or cerebral vascular accident. Feelings of partial paralysis or numbness tend to become manifest in these scary migraine episodes.

Although the precise nature of migraines has not yet been ascertained, medical researchers believe that it is a genetic vascular condition that might also be hereditary to some extent. Familial Hemiplegic Migraines are often hereditary and tend to occur with greater frequency. Sporadic Hemiplegic Migraines may be acute neurological episodes whereupon neurotransmitters behave in a paralyzing fashion.

The symptoms of these terrible migraines can make them appear similar to strokes or epileptic episodes; these symptoms will include:


Aside from the symptoms above, hemiplegic migraine sufferers may also notice that their auras continue for longer than usual. The actual headache will range in terms of intensity, but the hemiplegia and extended aura will exacerbate the situation.

Hemiplegic migraines are thought to be caused by a complex neurochemical process that involves the opening of a nerve channel by means of an electrical impulse that can be triggered by numerous factors. When these channels are left open, chemical neurotransmitters are released in a dysfunctional manner that may bring about the symptoms mentioned above.

When these migraines are treated as emergencies, medical personnel will immediately attempt to rule out the possibility of a stroke. For many patients, these hemiplegic episodes are the result of strong and prolonged auras; to this effect, it is important for migraine patients to understand that extended auras may bring about additional discomfort.

Migraine patients who are already taking triptans as part of their pharmaceutical treatment are often told to not take these medications in the midst of a hemiplegic episode. The recommended treatment in this case is largely symptomatic and abortive. As terrifying as these episodes might be, they tend to last no more than one hour. In cases when the paralysis lasts for several hours, physicians may prescribe sedatives and recommend extended bed rest.

The neurochemical nature of these episodes often calls for a pharmaceutical treatment that includes antidepressants and other medications that are known to have a positive effect on brain chemistry.