What is Transient Aphasia for Migraines?

A medical research study published in March 2014 by the Journal of the American Medical Association indicates that CT scans and MRI tests ordered by physicians in the United States cost insurance companies nearly $1 billion. Most of these advanced radiological exams were ordered on patients who complained of migraine headaches, and many of them were deemed unnecessary. However, when patients reported transient aphasia symptoms, these diagnostics help to rule out more serious conditions such as tumors or brain damage. 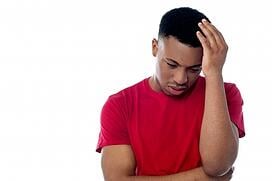 Migraines can be terrifying and confusing, particularly when patients who suffer them are surprised to hear themselves mumbling during their aura phase. This is one of the particular symptoms of transient aphasia, which affects certain migraine patients.

It is estimated that there are about a million patients in the U.S. who suffer from transient aphasia, but not all of them suffer from migraines. Transient aphasia is not a progressive speech impediment; it is only temporary, although the frequency of episodes may increase during certain periods.

Patients who suffer from transient aphasia are essentially affected by an electrical impulse that spreads throughout their cerebral cortex. This impulse affects neurons, which are responsible for transmitting vital brain functions such as the perception of space and time, sight, scent, and speech.

Transient aphasia is one of the symptoms felt by migraine patients who experience auras. During one of these transient attacks, patients may also experience visual and auditory disturbances, but speech impediments are usually manifested on their own. Garbled and mumbled speech is the main symptom, followed by confusion and resignation in those patients who know that a painful headache may be on its way.

Some patients report losing feeling on one side of their bodies during an aura phase that includes transient aphasia. Whether they feel it on their right or left side will depend on the brain hemisphere that is dominant for speech, which for most patients is the left hemisphere.

Migraine patients who experience limited mobility of their right limbs or who feel tingling on the right side of their bodies along with transient aphasia episodes suffer from what is known as Broca’s or expressive aphasia, which is cause by more serious cerebrovascular accidents such as strokes.

Antiepileptic medications are often prescribed to treat the most serious cases of migraine with aura; consequently, they are often recommended for patients who suffer from transient aphasia. Botox injection treatments and surgical procedures to treat migraines can also be beneficial in this regard.
*Image courtesy of freedigitalphotos.net