In early 2014, the American Medical Association (AMA) published an interesting article about a known psychotherapy technique that many researchers believe could help children to manage their migraine conditions more effectively. Migraines can become manifest in children as early as the age of 10, although this conditions is more likely to affect adolescents. 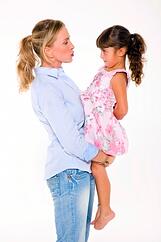 The AMA study comprised 135 young patients between the ages of 10 and 17. Nearly 80 percent were females, and all study subjects suffered from chronic migraine conditions, meaning that:

All the patients who participated in the study received small doses of amitriptyline, a medication commonly prescribed to young migraine patients under the brand name Elavil. Amitriptyline is a mild tricyclic antidepressant that has proven effective in the early treatment of migraines.

In the 21st century, research conducive to treating migraine conditions without the use of medication has revealed viable treatments such as:


Cognitive behavioral therapy is a treatment method that encourages self-discovery of patterns that may contribute to certain symptoms. Stress is the intrinsic factor that connects human behavior to migraines. This does not mean that migraine episodes are purely psychological; in fact, stress is believed to influence neurochemical changes that may affect the vascular and central nervous systems, thereby triggering migraines.

Children in the AMA study acquired lifestyle skills to help them manage stress and thus reduce their potential incidence of migraines. Some of the skills include: Recognizing the importance of being physically active, staying healthy through proper nutrition and applying relaxation techniques that can boost their confidence as they encounter excitable situations in their lives.

It is important to note that similar studies performed on adult populations who suffer from chronic migraine conditions have not yielded the same level of successful results. It is easier for younger patients to assimilate cognitive behavioral therapy and to eschew medication regimes. It may never be too late for adults to acquire coping skills to effectively deal with their migraines; however, this will require a more conscious effort.

The AMA study acknowledges that it may not always be so easy for primary pediatricians to apply cognitive behavioral therapy when treating their patients, nor will children and adolescents always adhere to the recommendations made during therapy sessions.