Can Migraines Cause Confusion? 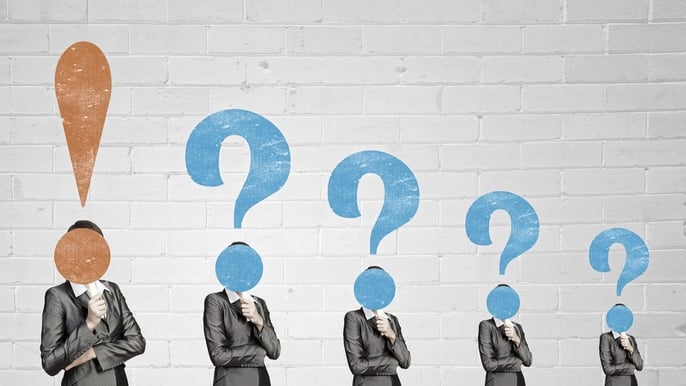 A number of medical conditions have confusion or “brain fog” as a symptom or side effect, including migraines. Acute confusional migraines, known as ACMs, are still in the early stage of medical research, and only a small number of cases can be found for study purposes. These typically affect children and teenagers, but you don’t have to have an actual ACM to experience confusion.

Most migraine sufferers are familiar with a degree of brain fog at different times during migraine attacks. For some people, it descends during the early stages, and might stay for only a short period or it could hang around until the postdrome phase. It usually brings difficulty concentrating or remembering, a lack of mental clarity and inability to focus. Many of the causes of brain fog are also migraine triggers, so it can be challenging for doctors to determine whether the fog is a result of the headache itself or a response to the same triggers. Some typical causes of brain fog are:

When compared to the most common migraine triggers, it’s clear there are distinctive similarities.

Driving a car is a privilege we often take for granted, and many people are so accustomed to transporting themselves everywhere it doesn’t occur to them not to drive during a migraine attack. Even if you are capable of doing so, however, it doesn’t mean it’s a wise decision to drive when your head is pounding and you’re experiencing aura and nausea of a migraine. Some patients report confusion while driving that causes them to lose significant amounts of time and become so disoriented they have to use GPS to get home.

Migraineurs are often veterans of every possible drug or therapy available, and the fortunate ones are able to find something that actually works. Some drugs intended to prevent or treat migraines can make brain fog even worse, however. One example is Topamax, an antiepileptic product often prescribed as a preventive medication. This causes such severe brain fog that users gave it the nickname “Dopamax,” and some of the stories from patients on this drug include:

These might seem amusing after the fact, but at the time they can be frightening for the patient and can even pose a risk to the safety of others.

Walking into a room and forgetting why you are there is a common lapse for many people, especially in the senior years. Usually, a trip back to where you started from jogs your memory sufficiently to finish the task, but when you’re having a migraine attack it may not be so simple. Whether the pain can be blamed for a lack of focus, the medication you’ve just taken is playing havoc with your brain or the migraine itself is manifesting as confusion, the end result is a degree of incapacitation.

The day after a migraine attack, most sufferers feel hung over and drained, mentally and physically. Just like a hangover from drinking too much alcohol, getting your brain to function effectively under those circumstances is challenging. Dealing with the postdrome phase requires rest, medication and rehydration along with good food and nutritional supplements to get your system back on track.

Minimizing the Effects of Confusion

So, what can you do to minimize confusion from migraines and improve your incidences of brain fog?

Living with migraine attacks isn’t easy, and if you suffer from confusion it