Can Oxygen Stop a Migraine? 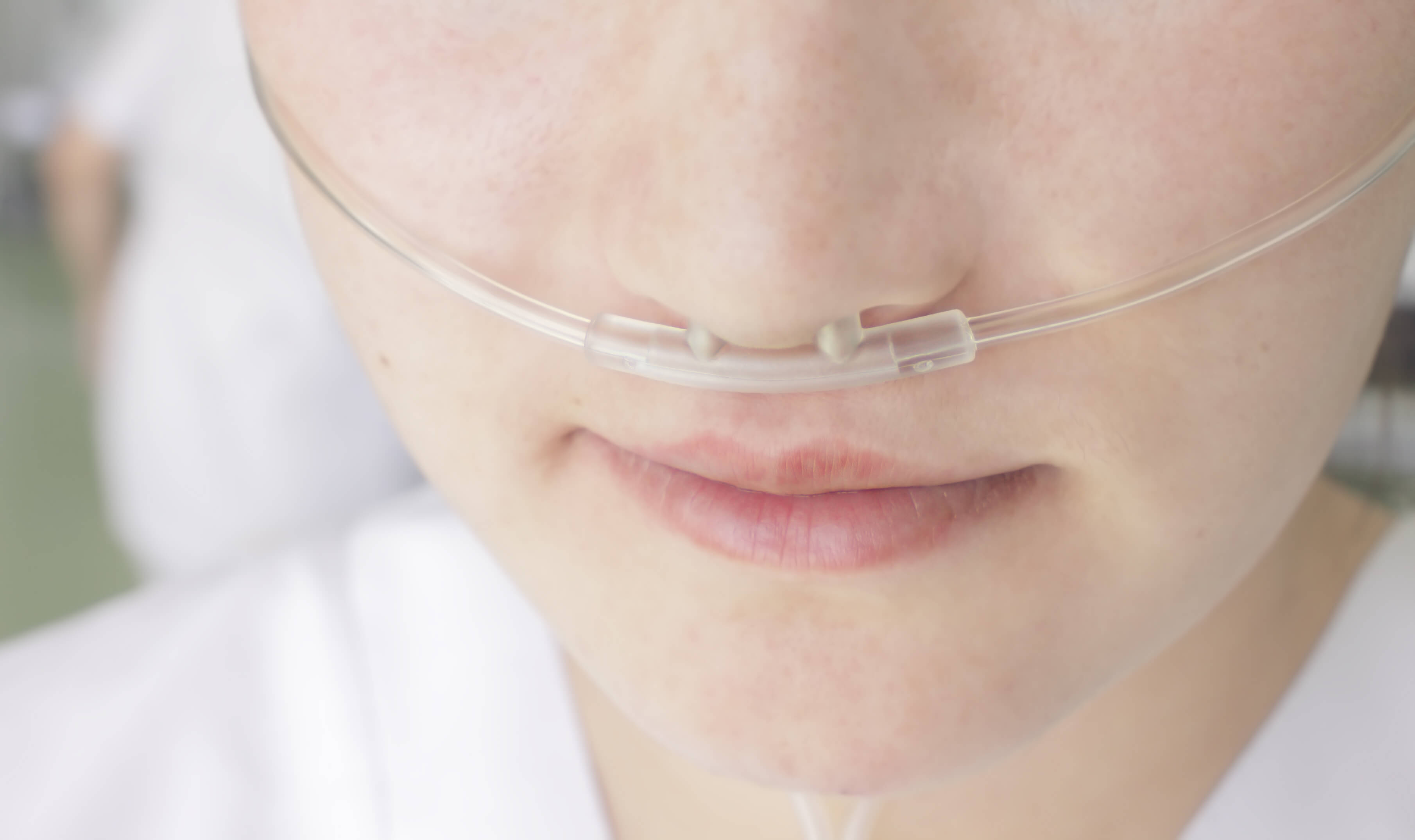 Since migraines may be caused by decreased oxygen levels and vasoconstriction in the brain, treating a migraine attack with 100% oxygen can sound pretty intuitive. However, there is not as much research as you would think into the efficacy of oxygen treatment for migraines, even though oxygen’s potential was discovered in the 1930s.

Here is a round-up of oxygen treatment studies for migraine, the types of treatment available and their effectiveness, and the types of headaches most successfully treated with oxygen.

Oxygen treatment is provided in two different ways, one of which is much more convenient than the other.

Hyperbaric oxygen treatment requires the patient to enter an enclosed chamber containing free-flowing 100% oxygen. You might have seen this type of treatment for the “bends.” An individual is placed inside the chamber for a period of time and allowed to breathe freely within the hyperbaric tank.

There are two downsides to the treatment: it’s inconvenient for the patient, and you can’t take a hyperbaric chamber with you, so it doesn’t always work well for migraines.

Normobaric oxygen treatment is provided through a face mask or nasal cannula. 100% oxygen is supplied at a flow rate of seven to nine liters per minute for around 10 to 20 minutes. Needless to say, small oxygen tanks are more portable than a hyperbaric chamber, and you can use them at home.

What Does the Science Say?

Not to be a Debbie Downer, but the effectiveness of oxygen treatment is debated. The best time for treatment is at the beginning of an attack. If you are already set up at home, that’s not a problem. However, if you find yourself in the emergency room or urgent care with a migraine, you are probably too far into the attack for oxygen to be very effective.

So far, oxygen treatment seems to work much better for cluster headaches. People who suffer cluster headaches have described them as the worst headache they have ever experienced, even over the pain of a migraine.

Cluster headaches include the following symptoms:

They are called cluster headaches because sufferers typically have several discrete headaches over the course of several days, then a respite for weeks or months before the next attack.

Still, there is hope for using oxygen treatment for migraine as long as you receive it early in the attack.

A small study by the National Institutes of Health included 11 participants with a history of one to six monthly attacks of migraine with aura. The oxygen was provided via a partial rebreathing device rather than a mask and tank.

Compared to the placebo group, 60% of participants receiving 100% oxygen reported freedom from pain within two hours. The treatment was measured as a percentage after two attacks. The study was very small, and oxygen treatment for migraine requires broader study.

JAMA, the Journal of the American Medical Association, published a study that confirmed the effectiveness of oxygen treatment for cluster headaches. Patients received oxygen at 12 liters per minute through a face mask for 15 minutes at the onset of a cluster headache. More than three-quarters of patients reported they were pain-free compared to less than a fifth of patients receiving forced air.

Dr. Lee Kudrow (the father of Friends star Lisa Kudrow) also found that 75% of cluster headache patients experienced pain relief by inhaling 100% oxygen. He also found the treatment was the most successful when provided early in the attack.

There are no specific answers about how oxygen therapy relieves cluster headache or migraine pain. The prevailing theory is that migraines are caused by low blood oxygen to the brain due to vasoconstriction or other factors. Breathing 100% oxygen saturates the blood, causing the blood vessels to dilate or open up, reducing the vasoconstriction.

Auras, which are part of the migraine experience for many patients, may be a symptom of low oxygen in the brain. Also, many migraineurs complain of cold hands and feet before and during an attack, which could be traced to blood flow diverted to another part of the body.

In general, oxygen therapy is ineffective when started later in a migraine attack. Also, most patients who receive oxygen at the appropriate time will not wholly escape head pain. However, oxygen therapy does seem to reduce the severity of an attack. It may be helpful as a preventative when used over time.

Oxygen treatment includes equipment such as a non-rebreathing mask specific to the tank size and type, a concentration or regulator machine, and tubing.

You take delivery of medical-grade oxygen from a medical supply house. The most convenient tank is the "E" tank, which is smaller than the other tanks available. It requires a different type of mask from the larger tanks.

Tanks also come in "M" and "H," which are larger and can treat more severe attacks. The size and number of tanks ordered depends on the frequency and severity of your migraines each month.

During treatment, the reservoir bag of the mask system should never completely deflate if the flow rate is set correctly. Your lung capacity and breathing rate determine how high to set the flow rate. Typically, you only use oxygen for 15 to 20 minutes so that a tank can last for up to 36 hours.

Many patients find it more comfortable to hold the mask to their face instead of strapping it on. This method prevents you from falling asleep with the mask on as the pain diminishes.

Start treatment as soon as you feel an attack coming on, breathing deeply and quickly. Completely empty your lungs when exhaling. Remain on the oxygen for a few minutes after the attack subsides as a preventative.

Oxygen treatment has yet to receive the study required to prove effectiveness. On the other hand, it is a treatment that comes under "it may not help, but it couldn't hurt."

Very few patients report adverse effects from using oxygen treatment, especially compared to the typical migraine medications. You might need to get tough with your insurance provider to receive coverage.

If you would like to discuss oxygen therapy for your migraines, contact the Migraine Relief Center. We are happy to talk it over.