Can Vitamins Help Your Migraines? 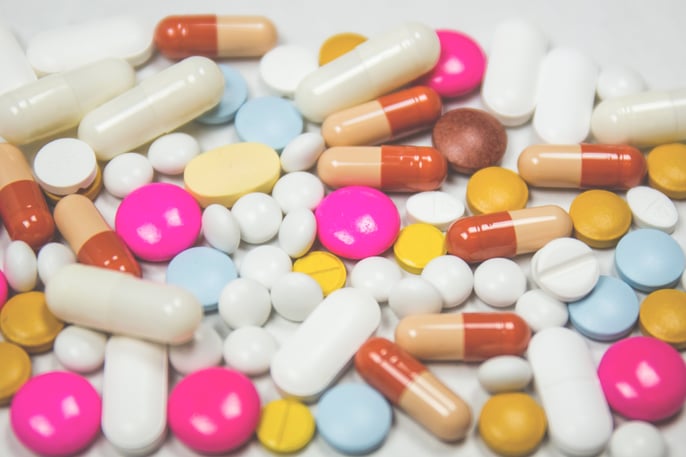 The ongoing advances in medical science are remarkable, but in spite of frequent new developments many people still prefer a natural approach to healthcare. Alternative therapies abound, and many of them include the use of vitamins and nutritional supplements. For patients who suffer from chronic migraine, is there really a benefit to be gained from taking vitamins, and if so, which ones should you focus on? Are some vitamins better than others? We’ve put together this information as a resource, but you should always check with your doctor before starting a new form of treatment.

New research released in 2016 by the American Headache Society showed migraine sufferers have lower levels of several vitamins required for energy production. The research is viewed as evidence of a connection between deficiencies and migraine attacks, even though the same results weren't identified in every patient.

A study published in the Journal of International Clinical Psychopharmacology showed the chance of acute migraine attacks increased 35.3 times in patients who were identified as magnesium deficient. Girls and young women showed a greater propensity to CoQ10 deficiency, while boys and young men had a higher chance of a Vitamin D deficiency.

Is there any value in migraine patients using vitamin supplements, and if so which ones should they consume? Most over-the-counter vitamin preparations believed to help prevent migraine attacks include these primary components:

This mineral is found in natural foods such as nuts, dark leafy greens like spinach, nuts, seeds, bananas, avocados, and whole grains. Protein-rich sources of magnesium include fish and beans, and most people need around 400 mg a day of the substance. In the appropriate quantities, magnesium helps to control blood sugar and blood pressure, and supports the muscles and nerves. Results show an improvement of around 50 percent in symptom prevention for half the people who tried it. A reason for the low result could be that only a small quantity of magnesium (around 1 percent) is absorbed by the body.

Negative reactions: The use of magnesium supplements can interfere with any antibiotics you take, as well as producing nausea, cramps and diarrhea.

Vitamin B2 and Butterbur

Riboflavin or B2 occurs in dairy products, grains and certain plants, and it may have an effect on your cells’ energy metabolism. As a water-soluble vitamin it’s eliminated through the urinary system fairly rapidly, so for treatment and prevention purposes doctors recommend taking two doses of 200 mg each per day. This helps maintain your levels of B2 for a longer period each day. A dosage of 75 mg a day of butterbur is reputed to have a similar effect to riboflavin, although patients claim it doesn’t help as much as the B2.

Negative reactions: Side effects of riboflavin are usually minimal, although high doses can cause your urine to develop an orange color. Patients suffering from hepatitis, cirrhosis of the liver or biliary obstruction may need to take a higher dosage more often to get the same absorption results.

Coenzyme Q10 is produced by the heart, liver and pancreas, as well as other parts of the body. It’s consumed in the form of meat and fish, and can also be synthetically manufactured. The enzyme is used in the treatment of multiple conditions ranging from high blood pressure through chronic fatigue to Lyme disease. Although its main function is providing energy to the cells, CoQ10 also has antioxidant qualities. Although doctors don’t really understand why CoQ10 supplements help to prevent migraine attacks, various research studies have shown a dosage of 100 mg taken three times a day reduced the frequency of headaches significantly in around half of the respondents.

Negative reactions: This enzyme is safe when taken in small quantities, but doses larger than 300 mg a day can trigger a number of side effects. These include respiratory difficulties, gastrointestinal symptoms, dizziness and fainting, so it’s imperative not to take CoQ10 without medical supervision.

This is a useful supplement for multiple conditions, provided you take a dosage high enough to have an impact. One study published in the Journal of Research in Medical Sciences tracked patients who took 50,000 iu of Vitamin D per week, and the results showed an improvement in the frequency of migraines. Taken in moderate dosages, vitamin D has very little risk of side effects.

Using supplements—either alone or in conjunction with other migraine therapies—is generally safe enough, but insufficient evidence exists to decide conclusively whether vitamins alone could prevent migraines. Meanwhile, it’s essential to weigh up the value of the results against any potential negative reactions.