Everything You Need to Know About Migraine Aura 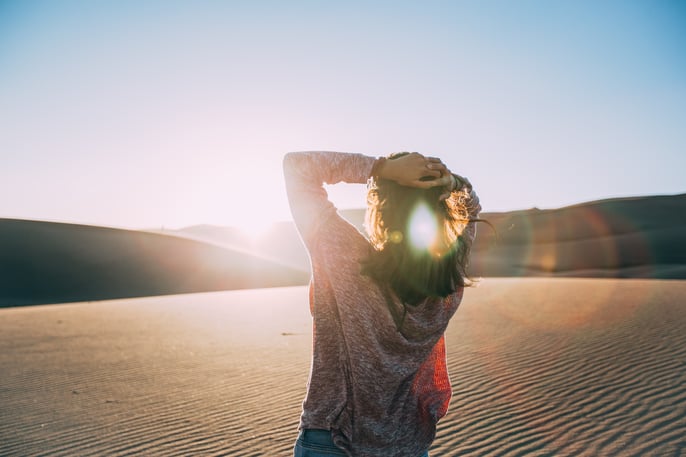 Around 20% of migraine sufferers experience aura warning signs before the onset of headache pain. Sometimes, taking prompt medication action when these signs occur can abort the pain completely, allowing normal activity to continue. Time windows vary, but migraine aura usually lasts between five minutes to an hour, with an average being around 20 minutes.

The aura happens when nerves in the brain become excited. Although many auras affect vision, they are not directly related to the eyes. Their origin is the brain. Anyone experiencing visual auras can prove this by covering one eye then the other. Both eyes will normally display similar disturbances, although it’s also possible to experience temporary blindness or disturbance in just one eye.

Migraine auras are not a sign of approaching stroke, and recent research studies indicate they’re not caused by blood vessel constriction in the brain or a lack of blood flow.

Other types of aura include tingling in the arms or legs, which is normally only felt on one side. More about each type of aura follows:

Changes or disturbances in vision are said to be either positive or negative. This doesn’t mean one is worse or better, but that sufferers can experience having elements added to their vision, or regions where vision is taken away.

The aura manifestations frequently grow larger over time, and can sometimes cause hallucinations. They are often accompanied by a heightened sensitivity to light that can continue and intensify as the migraine progresses.

Changes in hearing are common in migraine aura. Ringing in the ears, a buzzing noise, sometimes hearing voices or sounds that aren’t there have all been reported. Patients often find their sensitivity to sound increases.

The sensation of pins and needles, tingling or numbness is a more common migraine aura than visual disturbances, with almost 40% of migraine sufferers experiencing some form of parasthesia as part of their migraine pattern.

The prickly feelings in the skin often start at the extremities, in the hands or feet then work their way towards the face. Other signs are a feeling of heaviness in the arms and legs, sometimes described as feeling weak. People with this type of aura often experience accompanying difficulties with concentration, trouble expressing thoughts and some speech impairment.

Other aura-like symptoms that can be warnings of impending migraine episodes are prodrome symptoms. They’re not true auras but are included here because, like auras, they may be seen as warning signs that sufferers can act upon.

Symptoms that fall into this category include personality changes. You may feel elated for no reason, find your patience is lower than normal, or situations you’d normally take in your stride are suddenly more stressful. Physical changes can include increased hunger, or sometimes cravings for food items you don’t normally eat. You may also find your energy levels change, that you get tired more easily, feel unrefreshed after sleeping, or need to take more breaks.

Unlike auras, which tend to be relatively short lived before migraine pain strikes, these other prodromal symptoms can happen hours or days before an attack.

While migraine aura is rarely associated with stroke or TIA, anyone who experiences unusual or prolonged symptoms should seek medical attention as soon as possible. The earlier you can identify the cause, the sooner you can realize some relief.