Have You Considered Supraorbital Nerve Decompression to Treat Your Migraines?

Posted by Migraine Relief Center on Jul 11, 2014 7:00:00 AM
The pharmaceutical world was shaken up in May 2014 as Allergan, the manufacturer of the best-selling synthetic neurotoxin Botox®, drew a merger bid of nearly $50 billion from rival pharmaceutical giant Valeant. At the time the bid was tendered, Allergan was also celebrating the 25th anniversary of Botox®, which has been credited with being one of the factors that inspired the development of surgery as a viable option for qualified patients who suffer from chronic migraines.

How Migraine Surgery Started with a Cosmetic Procedure 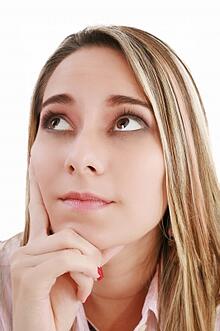 In the early 21st century, a Cleveland physician who specializes in plastic surgery noticed that migraine patients who had undergone brow lift surgery had an interesting side effect to report: In most cases, their headaches had not returned. Surgeons later determined a link between supraorbital nerve decompression and migraines.

The supraorbital nerve is located above the eye socket, in the brow area. It is one of the various nerves that have been associated with migraines. The current diagnosis of the migraine condition no longer points to it being solely a vascular disease. There are neurochemical factors at play, which may ultimately convert into signals transmitted to nerve endings; this is one known migraine mechanism.

Chronic migraine patients whose eyebrows are lifted for aesthetic reasons are likely to have headaches triggered by signals affecting facial and cranial nerves. These patients may be good candidates for supraorbital nerve decompression.

The factors that may determine patients who may benefit from migraine surgery include:
Botox® injections are the ultimate determination of migraine surgery eligibility. These injections have a temporary effect on supraorbital nerves, and thus some migraine patients can benefit from such minimally invasive treatment. A supraorbital nerve decompression procedure is only moderately invasive, but it increases the chance of permanent relief from chronic migraines.


What to Expect from Migraine Surgery

The supraorbital nerve is not the only one that can be decompressed for the purpose of long-term migraine relief. Nerves located near the temples, in the back on the neck and near the top of the nose may also be intervened by means of endoscopic surgery or through small incisions.

Migraine surgery may be performed in an outpatient basis. It requires the application of general anesthesia, and the time spent in the clinic may range between one and two hours. The small incisions are not plainly visible, but some patients may exhibit bruising and swelling for up to two weeks. Quality of life is not affected; most patients are able to return to work after a few days.

Some patients may experience one migraine episode during their two-week recovery period, but nearly 70 percent of all patients report a complete absence of auras and headaches. This is very auspicious, but it is important to remember that it is still a treatment, not a cure, for migraines. Nearly 90 percent of patients report significant relief from migraines, going from debilitating episodes to minor discomforts that can be treated with over-the-counter medications.