Migraines & Glaucoma? Is There a Connection?

Nearly three million Americans suffer from some type of glaucoma, but quite a few of them are not aware of it. According to the American Academy of Ophthalmology, about half of all glaucoma cases in the United States are never diagnosed among men and women who are 40 years of age and older. Glaucoma is one of the eye conditions that migraine patients should be aware of, particularly those whose blood pressure tends to fall significantly at night. 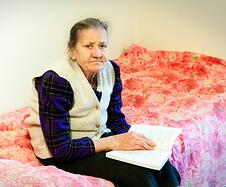 The term glaucoma is used to describe various conditions related to intraocular pressure that can cause damage to optic nerves. This means that patients diagnosed with glaucoma experience increased pressure inside their eyes, which they may not always feel. The pressure develops when the fluid that fills the eyes, the aqueous humor, stops its normal flow due to various reasons. Among the various types of glaucoma, the following three are sometimes diagnosed in patients who suffer from migraine conditions:

Some patients are predisposed to gradual intraocular pressure that runs in their families. Excessive use of certain eye drop medications and injuries may also bring about glaucoma. Abnormal blood pressure readings have been associated with normal pressure glaucoma, which can gradually develop over time.

Normal pressure, open-angle glaucoma builds up over time and is not felt by patients most of the time. Sudden pain, red eyes and loss of vision are symptoms of secondary glaucoma. Complex and severe cases of glaucoma may lead to permanent blindness in one or both eyes.

Many patients who suffer from migraines as well as normal tension glaucoma are at greater risk of developing a more serious eye condition. Medical research studies suggest a genetic link to nighttime low blood pressure. These studies, however, have not involved large samples of research subjects and remain inconclusive.

In the past, researchers believed that migraines were mostly caused by irregular vascular conditions. This belief has changed over the last few decades as neurobiology researchers have shown greater interest into the role the central nervous system plays on migraines. To this effect, diseases such as glaucoma and diabetes were believed to be more closely related to migraines in the past.

Although more research is needed to determine the connection between glaucoma and migraines, it is important to note that the prevention and effective management of migraines conditions can help patients maintain normal blood pressure levels.

Since some studies have already shown some connection between migraines, low diastolic blood pressure readings and glaucoma, avoiding the environmental and life factors that trigger migraines can help patients sleep better at night and prevent normal pressure glaucoma from developing into a more serious condition.