Migraines in Men: Can Estrogen Play a Role? 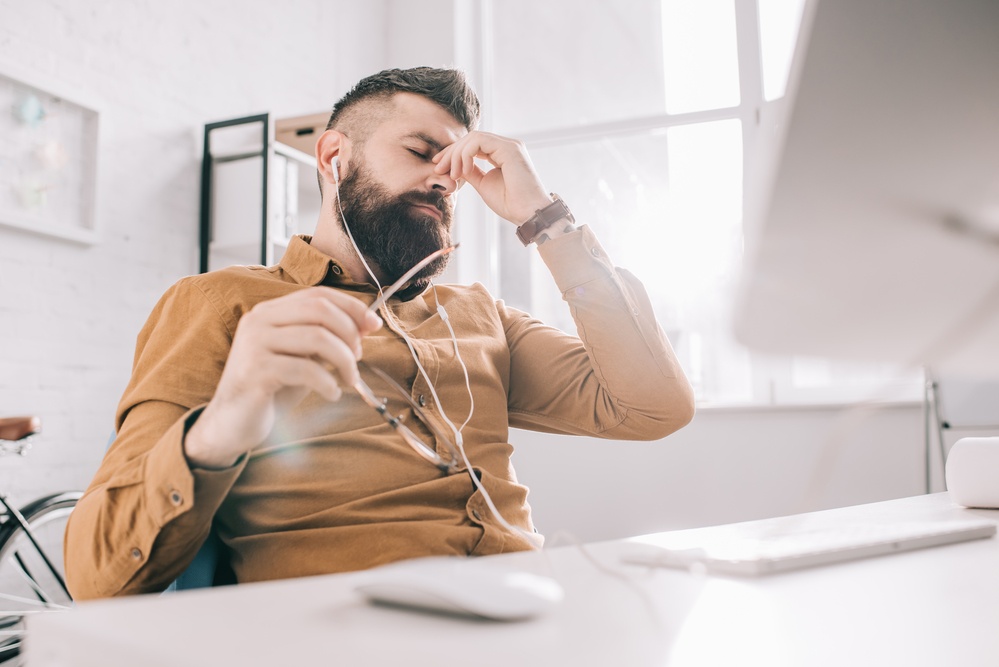 Almost 5 million people in the U.S. suffer a migraine episode at least once a month, while more than 11 million people believe migraines are the cause of disability. Women develop migraines most frequently, with 18% of all females experiencing the condition. That doesn’t mean the men escape, however, and 6% of American men have migraine episodes regularly. Interestingly, both symptoms and triggers can be different for migraines in men, who are more sensitive to light than women, but less so to smell. They are also more likely to feel depressed, and less likely to experience nausea.

The link between migraines and depression is quite well-established, and often results in a lower quality of life due to the condition. Men who suffer from migraines and depression may show lower productivity, have difficulty holding down a job, or coping with an active family and social life. Part of the reason for this is that men still fill the role of provider in most households, and the effect of their condition can cause helplessness and desperation.

Male patients are also 11% more likely to skip taking medication for their migraines. A large number don’t even consult a doctor for treatment, and since most migraine medication is prescription-based, this could be a cause of the lower use of effective medicines. They may use over-the-counter products but without a proper diagnosis, a customized plan is a missing factor in their treatment.

A new study from the American Academy of Neurology shows estrogen levels may be higher in men who get migraines, and that these patients also experience symptoms of androgen deficiency more often than other men. This isn’t necessarily surprising, since doctors have known for a long time that various hormone levels can affect female migraine patients.

So, what is estrogen, and why would it be likely to impact migraine frequency? Estrogens are a type of hormone that causes the development of female sexual attributes in the body, such as the breasts, ovaries, vagina, uterus, and menstrual cycles. They play a major role in reproduction, as well as impacting the way the brain produces serotonin and regulates body temperature. Estrogens also have an impact on bone strength and the production of cholesterol in the liver, and if this hormone is out of balance it can cause a number of health issues.

Estrogen changes during a woman’s reproductive years are often linked with changes in migraine frequency, and overweight women with higher levels of the hormone also have migraines more often. Transgender people undergoing estrogen hormone therapy sometimes experience migraines for the first time, while research shows testosterone therapy is linked to a decrease in migraine episodes.

Men also have estrogen, which they produce through enzymes in the liver, brain, muscle and fat cells. If a man has too little of this hormone, it can predispose him to osteoporosis and bone fractures. Overactive enzymes cause too much estrogen to be produced, however, which doubles the patients’ risks of stroke, heart disease, enlarged prostate or prostate cancer. Obesity contributes to having too much estrogen, as does having diabetes, and if this occurs it can deplete your testosterone levels too, resulting in low energy, libido, and erectile difficulties, changes in mood, higher percentages of body fat, and thinner hair.

These findings are very new, so doctors don’t really have a handle on how to manage estrogen-related migraines as yet, but since the condition relates to higher levels of the hormone anything you can do to avoid unnecessary exposure probably can’t hurt. Here are some recommendations for reducing the risk of hormone-related migraine episodes:

If estrogen-related migraines become a regular occurrence, ask your doctor about the option of taking beta blockers, anticonvulsants, calcium channel blockers, magnesium, CGRP inhibitors or anti-depressants as a preventive measure.

If you’re unable to prevent a migraine, you might respond well to abortive therapies. These are taken in the form of oral dosages, skin patches, self-injection, or nasal spray as the migraine develops, and include Eletriptan (Relpax), Zolmitriptan (Zomig), Naratriptan (Amerge), Sumatriptan (Alsuma, Imitrex, Onzetra, Sumavel, Zembrace), Frovatriptan (Frova), Rizatriptan (Maxalt), and Almotriptan (Axert).

For symptomatic relief, apply a cold, wet cloth or an ice pack to the area of the head or neck where the pain is most severe. If you aren’t taking prescription medication, try over-the-counter pain relievers like acetaminophen and NSAIDs such as ibuprofen to reduce the headache symptoms.

Alternative therapies such as acupuncture, biofeedback, and relaxation exercises may help to reduce the symptoms.  Your migraine doctor may suggest trying testosterone therapy, although this hasn’t as yet been proved effective in treating estrogen-based migraines.

If you experience anything more than an occasional migraine, it’s useful to begin keeping a migraine diary. Record your activities in the days before the attack, the signals leading up to the episode and the steps you take to control or reduce the symptoms. All this will provide valuable information that will help your doctor determine the cause of your migraine and identify whether higher levels of estrogen could be the culprit.