MSG Alert: You May Be Increasing Your Chances of Migraine Attacks

Posted by Migraine Relief Center on Jul 8, 2014 7:00:00 AM
Monosodium glutamate, frequently abbreviated as MSG, is one of the most widely misunderstood food ingredients. It is an excellent flavor enhancer and industrial food additive that helps to augment the shelf life of processed food, but it has also been named in several studies that link MSG to cardiac issues, obesity and other health issues. MSG is also believed to trigger migraine episodes in many patients, but it is important to understand the basis for this belief. 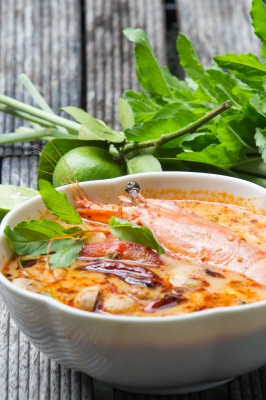 A brief background on MSG: It all started in the early 20th century, when a Japanese scientist interested in the chemical reactions that produce certain tastes discovered the molecular composition of the substance that gave his favorite bowl of seaweed soup a particular flavor. The research led to the determination of four essential flavors:


The Japanese researcher noticed that the taste of seaweed is naturally salty, but this changes when mixed with other ingredients and made into soup. The fifth major taste was discovered to come from an amino acid that can be replicated into MSG crystal form. This flavor is called umami, and it was first available in commercial form as Ajinomoto in Japan. Many restaurants that specialize in Asian cuisine use MSG crystals or umami paste in their kitchens.

MSG is mostly used as a flavor enhancer; it occurs naturally in chicken soup and Parmesan cheese. In a way, MSG is similar to the trans fats added to processed foods such as taco flavoring, tortilla chips, ranch dressing and other items that are rich in flavor.

How MSG Acts as a Migraine Trigger

Like other amino acids, MSG has a particular effect on neurotransmitters. Some people claim feeling very excited when eating at sushi restaurants or Japanese noodle shops; this would be the MSG acting as it is supposed to. It is a pleasant feeling of excitement, which can lead some people to want more of the same food they just ate.

The satisfaction and excitement brought on by MSG can become stress factors in some people. Those who are at a greater health risk are cardiac patients, people who live with chronic migraine conditions and people who have a hard time controlling their appetites. Although not everyone who suffers from migraines will be affected when consuming MSG, it is important to remember that the most important strategy in migraine management is to avoid stress.

With regard to MSG, food labeling requirements in the United States call for manufacturers to announce whenever MSG has been added to their products. This does not mean, however, that the natural MSG has been removed. Migraine patients who are ultra-sensitive to MSG are often prescribed a pharmaceutical regime of calcium channel blockers to compensate for the abundance of free and natural glutamate occurring in nature. In general, eating an occasional bowl of seaweed soup or eating a lightly salted avocado should not trigger a migraine attack, but patients should exercise moderation when consuming these dishes.