Rare Migraines to Be Aware Of

Posted by Migraine Relief Center on Mar 21, 2014 7:00:00 AM
Some migraines are worse than others. Most migraine patients in the United States suffer from episodic or chronic migraines that may or may not present an aura. There are eight other types of migraines that are not so common and that have the potential to affect other parts of the body. 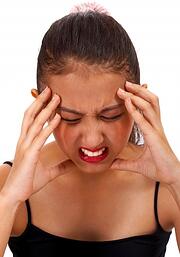 The strange migraines described herein do not affect too many patients. These migraines might be rare, but they are not untreatable. In some cases, the diagnosis of one of the migraines below may be indicative of another condition.

This is one of the most terrifying migraine conditions due to its intensity and length. This is an extreme version of an episodic migraine that forces patients to be hospitalized due to uncontrollable nausea and vomiting exacerbated by a searing pain that can only be relieved with strong opioids or tranquilizers. The problem with this migraine is that it may lead patients to dehydration and can even cause personality disorder.

These scary migraines feel just like a stroke. In fact, emergency medicine practitioners who treat these patients make ruling out strokes and other cerebrovascular accidents their priority. The paralysis, blurred vision and speech difficulty brought on by these migraines may last a couple of days. In some cases, hemiplegic migraines are inherited genetic disorders that could eventually increase the risk of stroke.

Young women who suffer from these migraines in their early teens may suffer a strong aura manifestation that involves intense feelings of vertigo prior to the onset of the actual headache. Extreme cases cause patients to lose their balance and even faint. This migraine is believed to be connected to major hormonal changes in young women.

Similar to the basilar migraine above, this migraine guarantees feelings of vertigo prior to each cephalalgia episode. Vertigo is sometimes reported as part of the aura symptoms in episodic or chronic migraines, but only vertiginous migraines will manifest persistent vertigo before each and every headache.

Many migraine patients report visual disturbances as part of their aura or headache episode, but only a few patients will actually get a persistent blind spot or loss of vision for up to one hour. Another ocular variant is the ophthalmoplegic migraine, which causes double vision and feels like a very long ice cream headache. In very serious cases, the muscle tissue that makes up the ocular system may suffer paralysis and physicians must rule out a possible aneurysm or severe vascular disturbance.

This condition is more common in children. It involves cephalalgia and severe abdominal discomfort that typically lasts three days. Strong symptoms of nausea and vomiting accompany these episodes, which in the long term may bring about attention deficit and inadequate coordination issues as well.