The History of Migraine Headaches

Migraines have plagued people for centuries, and they were first documented around 3,000 B.C. Famous people have suffered from migraines across the ages, including Julius Caesar, Ulysses S. Grant and Thomas Jefferson, and they all received different treatments according to the methods that were popular at the time. Doctors initially did not have an understanding of severe headaches and their causes, which led to some interesting techniques and treatments to prevent migraines and alleviate the pain. Here is a brief history of migraines and how they were treated by doctors. 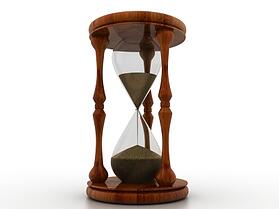 Throughout the centuries, medical professionals treated migraines using the current trends and techniques of their time. These strategies included:

As medical professionals gained more knowledge about the brain and its functions, they began to abandon their superstitious remedies in favor of identifying the cause of migraines and how to treat them. While scientists are still studying migraines and their causes, they have made great strides in treating the pain.

Scientists began to consider how blood vessels, serotonin and receptors interact during a migraine attack, which has helped them to find treatments that minimize or eliminate migraine pain. Serotonin plays a large role in how tissues and receptors throughout the body interact, and it may contribute to nausea and head pain. This has allowed scientists to develop medicine that will react to the effect that serotonin has on receptors.

Breakthroughs in migraine treatments first occurred in the 1940s, which is when scientists found that ergotamine tartrate was effective in relieving migraine symptoms for many sufferers. However, some people found that the medicine caused them to vomit, while others formed a dependence on the drug. In the next decade, doctors prescribed dihydroergotamine mesylate to alleviate migraine pain. The medicine constricted blood vessels without causing dependence, but it did not relieve patients of other migraine symptoms. In the 1990s, researchers created new migraine medications that targeted certain receptors while relaxing blood vessels in the brain. These medications can reduce migraine pain and other symptoms without causing nausea or vomiting.

Migraines have been a mystery for centuries, and doctors still aren’t sure what causes them. However, they have carefully studied migraine sufferers to learn the physiology of the headaches and how to treat them. As technology improves, scientists have found even more methods and medications to treat migraines so that patients can live their lives without worrying about migraine attacks.