Why 3D Movies Can Cause Migraines 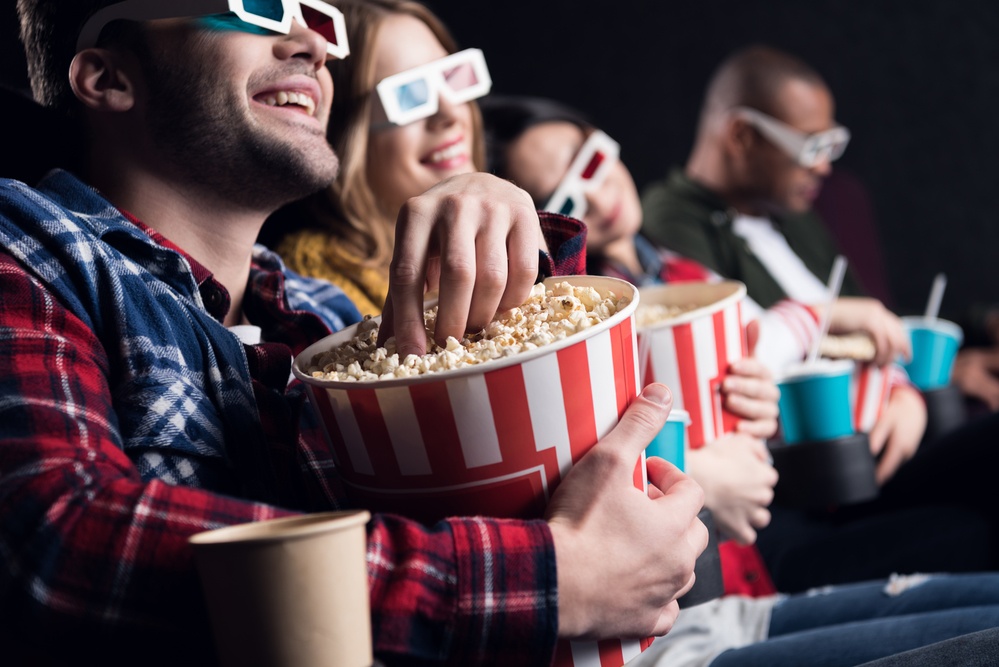 Today’s 3D movies provide an incredible experience to viewers, allowing you to feel like you’re in the center of the action surrounded by the sights and sounds of the film. It works by using 3D glasses to deliver different images to each eye, which convinces your brain that you’re seeing depth in the scene. Now, 3D televisions are also available, which enables you to experience the same effect when you watch movies at home.

There are drawbacks to this new technology, however, which recently came to light with the arrival of the new Incredibles 2 in theaters. While the film set an “astronomical” new record for its opening weekend and raked in around $180 million at the box office, it also precipitated warnings about the flashing and strobe lighting effects.

Researching the Link with Migraine

In 2016, scientists began researching the possible link between 3D movies and headache, to determine the risk of developing a headache either during or after watching a 3D film. Almost 1,300 people completed a survey, and results showed a higher percentage of 3D viewers developed symptoms than 2D movie viewers.

Twice the number of women experienced headaches than men, and among 3D movie watchers, those who previously suffered from migraines were nearly four times more likely to get an attack.

Meanwhile, a 2011 French poll showed only one-third of viewers had no problems after seeing 3D films, while the remainder developed various forms of discomfort. This included 7% who suffered severe headaches or migraines, which often made them avoid the films after that.

Reasons 3D Movies Can Cause Migraines

Photophobia or extreme sensitivity to light is a common symptom for migraineurs, and people have raised concerns about the risk these effects could pose for migraine sufferers and those with conditions like epilepsy and other chronic illnesses. It isn’t just the dramatic lighting effects in 3D movies that can cause migraines, however. Other reasons include:

A research report presented at the 2016 Stereoscopic Displays & Applications conference in San Francisco shows 3D films often have a left-right view swap, which can cause migraines. Researchers found more than 10,000 scenes in 105 3D movies that were potentially problematic for headache sufferers, including 65 scenes in 23 movies that had been swapped around. These statistics put the chances of seeing a film with at least one swapped scene at 21% (either in theaters or at home), which is significant for migraine sufferers.

This is another type of strain migraineurs experience during 3D movies. A study published in the Journal of Vision on vergence-accommodation conflicts in viewing stereo images showed other factors affecting viewer discomfort included:

All these help to determine how much discomfort or pain the viewer gets. Identifying the right “zone of comfort” for a 3D movie could mean migraineurs can watch these films without experiencing negative effects, but it’s an individual process and an inexact science.

Showings of The Hobbit in 2011 were followed by complaints of headache, nausea and dizziness, which weren’t caused by too much popcorn and soda. The filmmaker used new technology to produce 48 frames per second during the movie, instead of the regular 24 frames per second. The intention was to deliver sharper, more realistic scenes, but the unintended consequences were migraine-like headaches and disorientation, particularly after scenes including lots of close-up shots, or high-speed movements like those found in video games.

Other factors that contribute to making 3D movies challenging to watch for some people include:

In some instances, the 3D viewing experience can be affected by equipment imperfections, such as a bad pair of glasses, cheap projectors and other tools.

These factors don’t exist in high numbers among migraine patients, so it’s likely that they just enhance other effects when they occur.

It’s not practical to say migraineurs should simply avoid all 3D films. For one thing, 3D is coming to mobile devices, not only for replaying movies but for filming them, too. This means escaping 3D could be exceptionally difficult in the future, and the only way to avoid it is to give all recorded footage a miss. That’s not much of a life for those who enjoy filming—and viewing—video of their family activities and vacations. For migraine patients often forced to miss family events because of their condition, film might well be the only way they can participate. Here are recommendations from the experts to enable you to determine whether you’re at risk for a migraine attack triggered by 3D, and to manage it if it happens:

For patients suffering chronic migraine, it’s an unfortunate fact of life that you have to make some adjustments to accommodate the headaches. Focusing on viewing films in 2D only might be just one of your most essential adjustments, but with the help of your migraine doctor you can learn to understand your limits and enjoy life as fully as possible.