Binaural Beats and Migraines: What You Need to Know 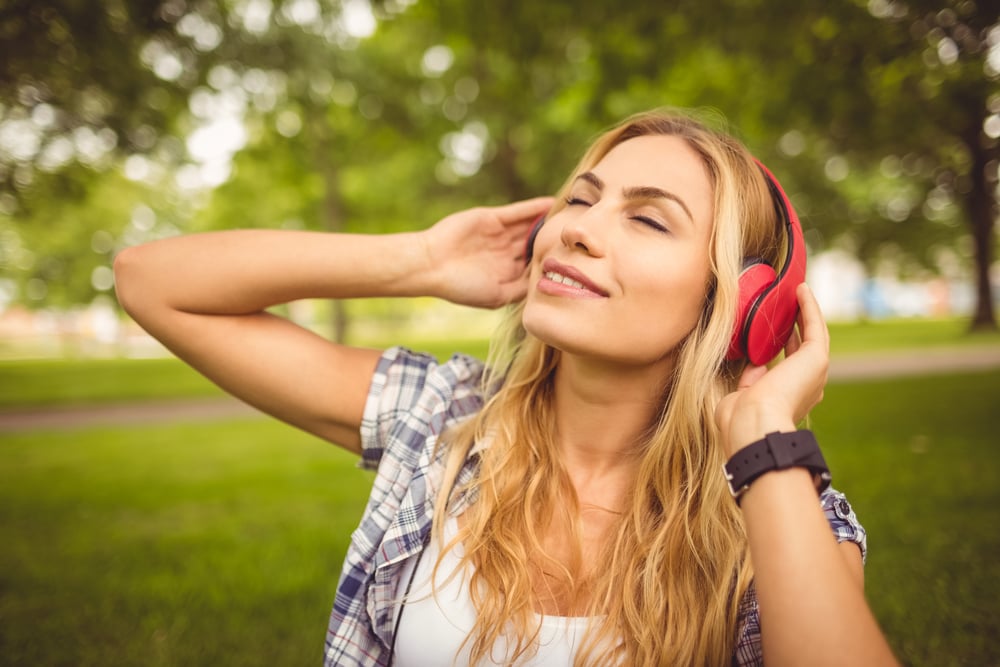 Binaural beats are not a new phenomenon in the migraine world, but lately, the concept has gained steam. It's become more mainstream than its earlier 1970s and 1980s incarnation.

You might see it referred to as BBT, binaural beat technology. Binaural beats are tones set to specific frequencies. These days you can get BBT through a streaming service, on MP3s, or through your smartphone.

The question of the day is whether binaural beats alleviate pain and anxiety. Specifically, will binaural beats help you with your migraines? The answer, as it often is for these types of questions, is maybe.

What Are Binaural Beats?

Binaural beats can be thought of as a form of auditory illusion. The illusion is created by playing a tone in one ear and a slightly different tone in the other. Instead of hearing two sounds, your brain attempts to incorporate the tones into a single sound, which you experience as a third tone.

Binaural means two ears. The beats are actually sound waves that are heard as they wax and wane while the tones interact. Where the two tones come together, they either amplify or diminish each other. Out of this waxing and waning of sound waves, your brain perceives beats.

However, we still don’t know how the brain does this or how the beats may affect your brain waves if they do at all.

The neurons in your brain produce electrical activity that occurs as waves. These waves give off an electrical signal that can be measured by an EEG. Brain waves are classified by the speed of the waves (the distance between the tops of the waves) measured in Hertz (Hz).

Studies have shown that during different activities, there is a predominant type of brain wave:

Listening to binaural beats is thought to affect brain waves in certain ways, creating results such as relieving stress.

How Does the Brain React to Binaural Beats?

Several studies have been run in the past decade. Unfortunately, none of them provides a definitive answer to whether or not BBT causes any changes in brain waves or any accompanying pain or anxiety relief.

Scientists believe binaural beats influence brain waves through an action called entrainment. Entrainment is the name given for the phenomenon of causing EEG activity to become similar to a specific frequency set by an external stimulus. In this case, the external stimulus is caused by playing slightly similar tones through headphones, one tone for each ear.

The brain takes the tones and somehow perceives a third tone or beat. The difference is visible on an EEG, showing entrainment. The beat isn’t really there, but the brain thinks it is.

Again, of the studies performed, no reliable information has been found that proves binaural beat technology can alleviate all of the issues its supporters say it will.

BBT has been recommended for a list of issues:

People listen to binaural beats through headphones. The tones are presented alone or along with music. The experience of binaural beats is real; what isn’t certain is whether BBT is a therapy with results.

Two studies looked at groups of surgical patients. In the first, one group listened to music with binaural beats, another group listened only to music, and a third group had routine pre-op care. After 30 minutes, the BBT group reported a more significant decrease in anxiety than the other groups. The music only group also reported anxiety relief, just not to the same degree.

There is no question that some changes were noted in EEGs during some BBT therapy and that there have been anecdotal reports of pain or anxiety relief and study results reporting the same.

The consensus seems to be that binaural beats don’t seem to hurt anyone. There are reports of anxiety or stress relief. Since anxiety and stress can create an environment for a migraine to occur, it’s possible that listening to binaural beats can keep a migraine from developing or, perhaps, reducing the severity.

Since relaxation is one method many migraineurs use to keep migraines from occurring and lessen the pain when they occur, binaural beats may help a little with relaxation. Your brain doesn't seem to do anything more than perceive the beats as it puts together the slightly different tones coming in from each ear.

It does seem that certain binaural beats affect brain waves, but only slightly. Many of the other purported benefits, such as better long-term memory, haven't been proven. It could be that relaxation with music alone does as much for you as binaural beats.

Binaural beats are just one of many alternative therapy options available to you, and if you want to give them a try, it won’t hurt you. There are plenty of free apps to help with migraines and many low-cost methods of listening to binaural beat technology. While it’s possible that just relaxing for an hour a day would decrease migraine frequency and severity, studies have shown that BBT relieved anxiety better than music alone.

If anxiety and stress are your primary triggers, maybe binaural beats can help. If you still find your migraines difficult to manage, contact Migraine Relief Center and schedule an evaluation with a member of our team.