Viral hoaxes and pranks that play out on online social networks are among the most interesting sociological developments of 21st century Internet life. On the eve of April Fools' Day 2014, an alleged news report of teenagers in the United States smoking coffee beans rolled up into “caffeine sticks” dominated Facebook, Twitter and other social media platforms, but the reports could not truly be substantiated at the time. 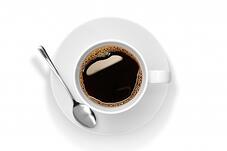 Although caffeine is not a controlled substance, many people consume it purely for its stimulant properties. Coffee lovers know that caffeine plays a big role in their enjoyment of certain roasts, even though physicians and nutritionists often warn patients about the potential pitfalls of too much caffeine.

For patients who live with migraine conditions, caffeine is a double-edged sword. On one hand, caffeine is an ingredient commonly added by pharmaceutical companies in the formulation of over-the-counter (OTC) and prescription medications used for treatment of migraines. On the other hand, caffeine can also be a trigger for migraine episodes.

The use of caffeine in oral medications such as analgesics has the specific purpose of making active ingredients more effective. Medications that contain caffeine can bring faster relief and decrease the likelihood of addiction. Despite this pharmaceutical advantage, caffeine is known as a migraine trigger for a couple of reasons.

First of all, the stimulant properties of caffeine bring about headaches when it is consumed in excess or a stress reaction to withdrawal, which can occur in people who drink more than 500 mg per day a few times a week. For migraine patients, drinking too much coffee is a one-way ticket to an unpleasant headache episode.

Some migraine patients tend to be more sensitive to caffeine than others. Physicians will often test tolerance with non-prescription medications that contain caffeine. A clear sign of low tolerance for caffeine is getting a rebound headache while taking known OTC painkillers such as Excedrin and Naprosyn.

Migraine patients who are too sensitive to caffeine may want to reduce their coffee, chocolate, tea and carbonated drinks as much as possible. When a rebound headache follows a migraine due to excessive caffeine intake, the smell of coffee or cocoa may trigger a new episode. In most cases, severe caffeine intolerance subsides after a few days.

As with many other factors of life, migraine patients can effectively manage their exposure and sensitivity to caffeine. Many patients decide to completely cut down on any medication, drinks or snacks that contain caffeine, but coffee lovers do not have to say goodbye altogether. In fact, a drastic reduction of caffeine may cause unintentional withdrawal.

Most of the discomfort associated with caffeine is related to withdrawals. For this reason, migraine patients should ask their physicians to help them reduce their intake down to a level they feel comfortable with, which is typically around 130 mg per day. At this level, caffeine is actually beneficial for many people.