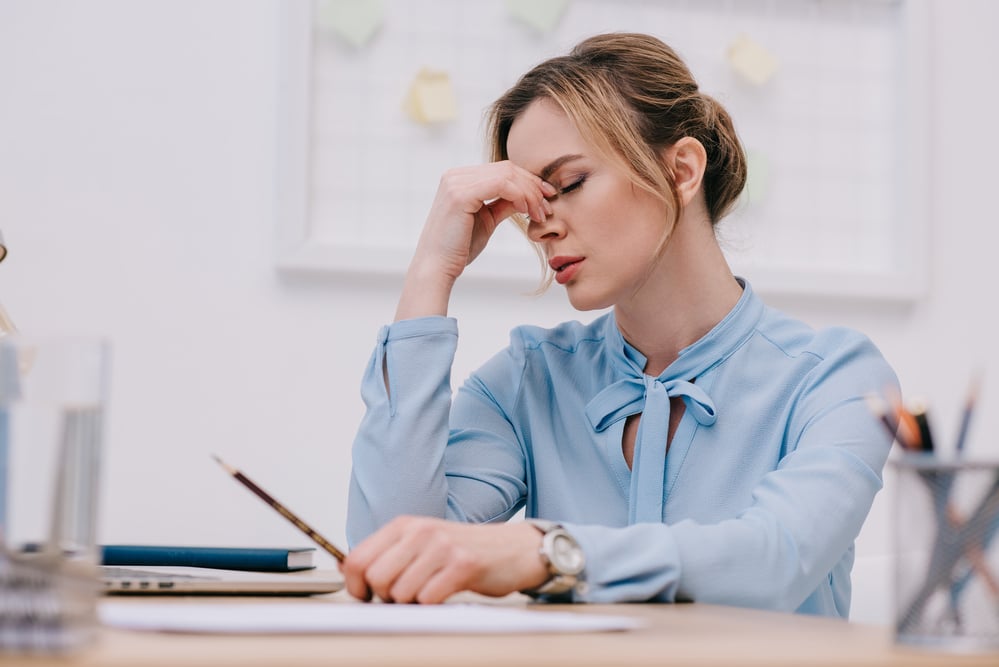 You might not have realized it, but your first migraine may have sent a warning ahead that it was coming. Many migraineurs have identified certain signs and symptoms that tend to show up a day or two ahead of an attack.

If you can determine your own signs, you can get a little ahead of the curve in terms of treatment, potential prevention, and getting to your space before it hits.

Mood changes can signal the coming of a migraine attack. Even a sudden feeling of excitement may be a harbinger. Those who suffer moderate to severe depression have increased risk of episodic migraines becoming chronic, according to the American Academy of Neurology 2010 annual meeting notes.

Researchers have identified a potential genetic link between depression and migraine, especially when it is accompanied by an aura. Since migraines and depression run in families, it comes as no surprise that there may be a link between the two conditions when seen in parents, children, and siblings.

Migraines can cause a vicious cycle.

If you have trouble falling asleep or wake up still tired, that lack of rest can trigger a migraine. If you already have a migraine, it can be tough to fall asleep and get some rest.

Migraineurs have reported problems with insomnia, both before and during migraines. Researchers and healthcare providers have observed the association between the lack of restorative sleep and the frequency or intensity of a patient’s migraines.

Furthermore, excessive daytime sleepiness such as narcolepsy or other problems can trigger migraines. It’s like you just can’t win. If you don’t get enough rest, you set yourself up for a migraine. If you get a migraine, you can’t get the rest you need.

If you have a bout of insomnia and you have identified that as one of your warning signs, take heed. Don’t blow it off as just a night without sleep if you are prone to migraines.

Some patients find themselves yawning excessively right before a migraine hits. Yawns occur every few minutes. If you find yourself with a serious case of the gaps, a migraine may be on its way.

Some migraine sufferers have noticed that before the pain starts, they get a drippy nose and watery eyes. The nasal discharge tends to be clear, and their eyes tear up. Their eyelids may get a bit droopy.

These can be warning signs for some people that a migraine is coming. It’s unfortunate that at the height of allergy season, it can be hard to tell which steps to take.

Going to the potty a lot, sometimes accompanied by pelvic pain, can signal a migraine for some folks. If your urination habits change suddenly and there is no real explanation for it, a migraine may be looming.

Many of us get neck pain just from sitting in front of our computers all the time. However, neck stiffness may come just before a migraine strikes.

Researchers think that the neck pain is caused by nerve fibers that extend down from the brain to the cervical spine, which is the part of the spine that makes up the neck. The fibers then loop back around and up toward the brain.

You may think the pain is muscular, but it could stem from changes in the brain related to migraines. Also, you may find you have a sore or stiff neck after the migraine passes. Over a third of sufferers report neck pain with every migraine while another third reports they have neck pain frequently.

Pain that burrows behind the eye is another common symptom of impending migraine as well as part of the migraine itself.

Some migraineurs describe it as feeling like they’re blithering. Unfortunately, this type of symptom is the same in strokes. If your speech is affected for the first time, get checked immediately to ensure you are not having a stroke, then determine if you may be getting a migraine.

Other signs that confuse migraines with potential strokes are droopy eyelids, weakness on one side of the body, and vision issues.

Besides watery eyes, some patients report an aura that occurs between five and sixty minutes before head pain begins. Symptoms can change over time, and someone who previously never saw an aura could suddenly start suffering from them.

Auras and other vision problems present differently according to the individual. These problems may be any of the following or more:

Usually, auras and visual disturbances resolve quickly. Still, if they persist for more than an hour, you should seek medical attention.

Other possible signs include double-vision or vertigo. Sometimes the aura is a physical one in which patients feel a temporary loss of sensation in a limb. Alternatively, they feel pins and needles on one side of the body, often moving from the fingertips through the arm and across the face.

In another cruel irony, you may have cravings for certain types of food up to 24 hours before a migraine begins. For many, the craving is for chocolate, which, unfortunately, is also a common trigger for migraines.

It’s no fun suffering migraines. Having a warning up to a day ahead of time really doesn’t make things better. But if you identify your own warning signs, you may have time to shut down whatever you are doing to go home and start treatment.

Driving with a migraine or some of these warning signals certainly isn’t recommended. Depending on the problems you have, seek assistance in getting home. Call ahead and let family members or roommates know what is happening so they can prepare for your arrival.

Try to take it easy. Activity can trigger or worsen migraine pain. If you have a change in the frequency, severity, or features of your migraines, seek medical treatment. Also, if you have a new, progressive headache that lasts for several days, or you have persistent migraine symptoms lasting more than 72 hours, contact your physician.

Please let us know if we can answer any questions. Migraines are all we do here at the Migraine Relief Center. We can help.