Have a Migraine? Try Listening to Dubstep and Heavy Metal

In a recent interview with a music industry publication in Los Angeles, pop musician Katy Perry revealed that she deals with stage fright and performance anxiety by taking beta blockers, which are medications typically associated with the treatment of migraine conditions. Once she is onstage, Perry actually finds that the loud music she plays for her audience helps her to relax. 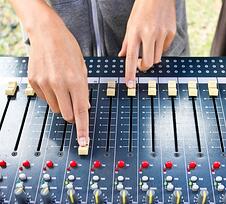 Music has been associated with many therapeutic properties, mainly related to mental health and emotional well-being. In recent years, researchers have been looking into music-induced analgesia, the potential of music being used to specifically relieve pain. A 2007 study conducted in Montreal recorded the reactions of 18 volunteers who were subject to mild thermal pain while listening to music they considered pleasant and unpleasant. When listening to pleasant music, the volunteers quickly felt pain relief; unpleasant music did not increase their pain, but controlled silence did.

The Psychological and Physiological Effects of Music

There is no question about the impact of music into the human psyche. The United States military has used loud music to dampen the spirits of their adversaries; one example was loud rock blared at the bunker of General Manuel Noriega during Operation Just Cause in Panama, 1989. A more recent example involved playing the music of Canadian noise band Skinny Puppy, whose grating sounds were used by American forces as a form of aural torture.

Music-induced analgesia is practiced by migraine patients who know exactly what they like. What is surprising is that the types of music that some may considered to be headache-inducing can actually bring  Some of the curious musical choices among migraine patients include:


Conventional wisdom would indicate that migraine patients may prefer to listen to classical or New Age music since those two genres are associated with relaxation. Nonetheless, the three bass-heavy genres described above are preferred, and the reason seems to be related to the vibrations produced by such types of music.

The Science behind Music and Migraines

Taking into consideration that transcranial magnetic stimulation (TMS) therapy is being used to deliver pulses through the cerebral cortex to provide headache relief, it is not far-fetched to think that the vibrations felt by migraine patients who listen to loud, bass-heavy music can seem soothing. After all, sound frequencies are known to stimulate brainwave activity; for example, alpha waves can be stimulated by music played in the 7 to 13 hertz range, which will in turn induce relaxation, drowsiness and rapid-eye movement (REM) sleep.

With scientific reinforcement of the therapeutic role of music in providing migraine relief, patients are strongly advised to experiment with their favorite music played at different volumes to find the sound frequency that can sooth them the most.