The Connection Between Migraine and Stroke 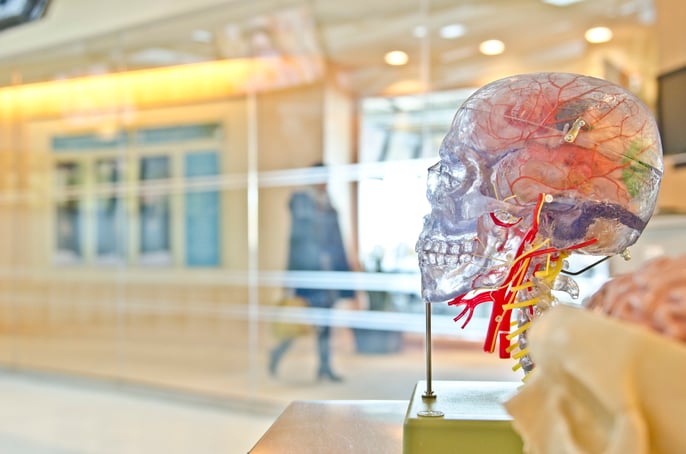 Medical science learns more about migraine every day, and one of the findings to come out of recent years is that there is a connection between migraine and stroke, especially an ischaemic or clot-based stroke. While strokes and migraines have some symptoms in common, there’s no indication that the one is caused by the other or vice versa. What has been shown, however, is that the risk of stroke is slightly higher for migraine patients than for non-migraineurs, particularly under certain circumstances.

A stroke happens when the blood supply is completely or partially cut off from a section of the brain. This causes lack of oxygen and the death of brain cells, which results in the patient losing the abilities controlled by the affected section. The oxygen interruption is caused either by a burst blood vessel (hemorrhagic stroke) or blockage by a blood clot (ischaemic stroke), and the outcome can be a temporary or permanent effect on the patient’s physical or mental capacity. Symptoms of a stroke include headache, difficulty seeing, speaking, understanding or walking, and loss of sensation on one side of the body that affects the face, arms or legs.

Strokes are more common in men than women, and the primary risk factors for strokes are:

Despite the relationship between the two, however, migraine is not listed as a risk factor for stroke.

The Link with Migraine

Young, female patients who suffer from migraine with aura are more likely to be candidates for a stroke, although the stroke is likely to be an independent event according to research conducted by the National Institute of Neurological Disorders and Stroke,. Ischaemic stroke is the most common type of stroke experienced by these patients, and while the connection between the two is evidence-based the reason for it has not yet been identified. Although recent findings show that aura is associated with a tendency to blood clots, there’s no obvious connection with gender or any of the other common medical conditions like diabetes, hypertension or high cholesterol.

The link between migraine and stroke is based on the presence of common risk factors, and not all migraineurs have an increased stroke risk. Those who do typically fit into certain categories, such as:

This seems to indicate that the increased chance of stroke applies mainly to women who experience migraine with aura and fit the criteria of at least one other primary risk factor.

Apart from the standard practice of migraine patients to avoid known triggers and manage their migraine attacks, there are some steps you can take to reduce your risk for a stroke:

First off, stop smoking. Apart from the multiple other medical conditions caused by tobacco use, it is also a common trigger for migraine attacks.

Second, if you practice medication-based birth control or use any other form of hormonal therapy, make sure your physician is aware that you suffer from migraine with aura. Ask questions about the type of therapy you’re using, and investigate whether switching to low estrogen or progestogen-only pills is an option. Avoid stopping your current hormone-based therapy or birth control suddenly without discussing it with your medical team.

Third, implement lifestyle changes to lower your risk of having a non-migraine related stroke, such as:

Maintain your weight in a healthy range and ensure that you get enough quality rest.

Finally, if you’re a woman under 45 who suffers from migraines with aura regularly and they suddenly seem to get worse, don’t hesitate to book an appointment with your doctor. Researchers have determined that women whose migraines worsened, especially while using hormone replacement therapy, had a 30 percent higher risk of experiencing a clot-based stroke.

While the possibility of a link between migraine and stroke can be frightening for sufferers, you should note that this only happens in rare cases. In the worst-case scenario, women who suffer migraine with aura and take birth control pills statistically had a 28 in 100,000 chance of ischaemic stroke, which is extremely small. So while it’s good to be aware of all factors that could impact your health and take steps to avoid unnecessary risks, discussing this with your physician will put the risk into perspective.