The Guide to Treating Your Migraines Over the Counter 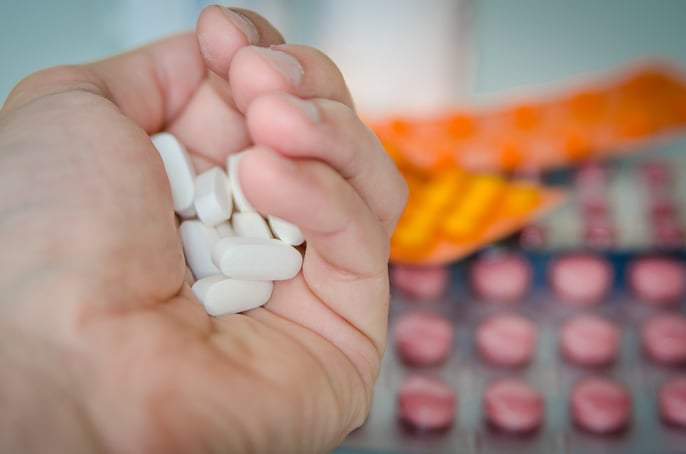 Many patients suffering from migraines are eager to find relief, whether their headaches occur once a year or every day. Often, first level treatment takes the form of over the counter (OTC) pain relievers, either because the patient doesn’t get migraines frequently, or the condition is new for the patient. In some instances, sufferers might be caught without their medication or taken unawares by the migraine, and using non-prescription methods are the only resort. If you’re wondering whether there’s any value in treating your migraines with OTC meds, here’s what you need to know.

Multiple types of over the counter medications are touted for the relief of headache pain, but that doesn’t mean they are all a good choice. Medications typically fall into two primary categories: analgesic pain relievers containing aspirin or acetaminophen, and Non-Steroidal Anti-Inflammatory Drugs or NSAIDS.

A 2014 study at the San Francisco Clinical Research Center reviewed data from 660 migraine patients who took part in an earlier clinical trial. The majority of the respondents were female and white, and they were divided into three groups. One group was a control, one received the NSAID ibuprofen and the third Excedrin, a combination drug consisting of acetaminophen, aspirin and caffeine. While analysis showed both non-control groups experienced some relief from the medication, 62 percent of those taking Excedrin benefited compared with only 54 percent of the group using ibuprofen. The caffeine content in Excedrin caused some concern for researchers, because as a common migraine trigger long term usage could cause unexpected problems.

For this reason, the combo analgesic drug Excedrin is probably best suited to emergency or short-term use for migraineurs who don’t have access to prescription medication.

While the study referenced showed ibuprofen to be less effective, possibly because of the lack of caffeine which helps improve the body’s absorption of medications, it did provide significant relief. This is typical of the NSAID family, with OTC medications containing naproxen, diclofenac and methocarbamol leading the pack. In low doses, these treatments provide the same type of pain relief as analgesics, but in higher doses they reduce inflammation, pain and fever. They work by blocking enzymes that create prostaglandins, which are natural fatty acids produced in the body that affect pain and inflammation.

While NSAIDs might sound like an ideal solution for migraine headache pain, however, they come with their own drawbacks for long term use.

Precautions and Side Effects

Both analgesics and NSAIDs have the advantage of being readily available and fairly inexpensive. For a migraine sufferer without insurance, it’s tempting to consider them a solution. However, some of the challenges associated with using these medications regularly include:

Any medication containing caffeine should be used with caution, particularly in patients whose migraines are triggered by it. Even if you don’t have a caffeine reaction, long-term use of a drug containing it could result in withdrawal when you stop. Alternatively, frequent or daily use could cause chronic rebound headaches from accumulated effects.

The side effects caused by over the counter medications can have far-reaching results, such as:

Long term usage of acetaminophen also could cause changes in blood count and damage to the liver, although if you follow the dosage instructions side effects are rare.

It’s important for patients to know what the active ingredients are in each medication, so be sure to read the label and the entire package insert. Alternatively, check with your doctor before taking any of these medications. If you have any kidney or liver problems, gastrointestinal disorders or take any other medication, you should be particularly careful. Always follow dosage instructions to make sure you don’t over-medicate yourself. The most innocuous pain relievers can have deadly effects if you use too much.

Getting the Right Care

While over the counter medications can help in the short term, if you’re suffering from headaches more than once or twice a month you should consult with a migraine doctor. It’s helpful to identify the triggers and the frequency, and using a diary to track your attacks and symptoms will help you. This will also help your doctor determine whether you are experiencing tension headaches, barometric pressure headaches or migraines and recommend the best treatment options for you.