Why Do Migraines Make Me Nauseous? 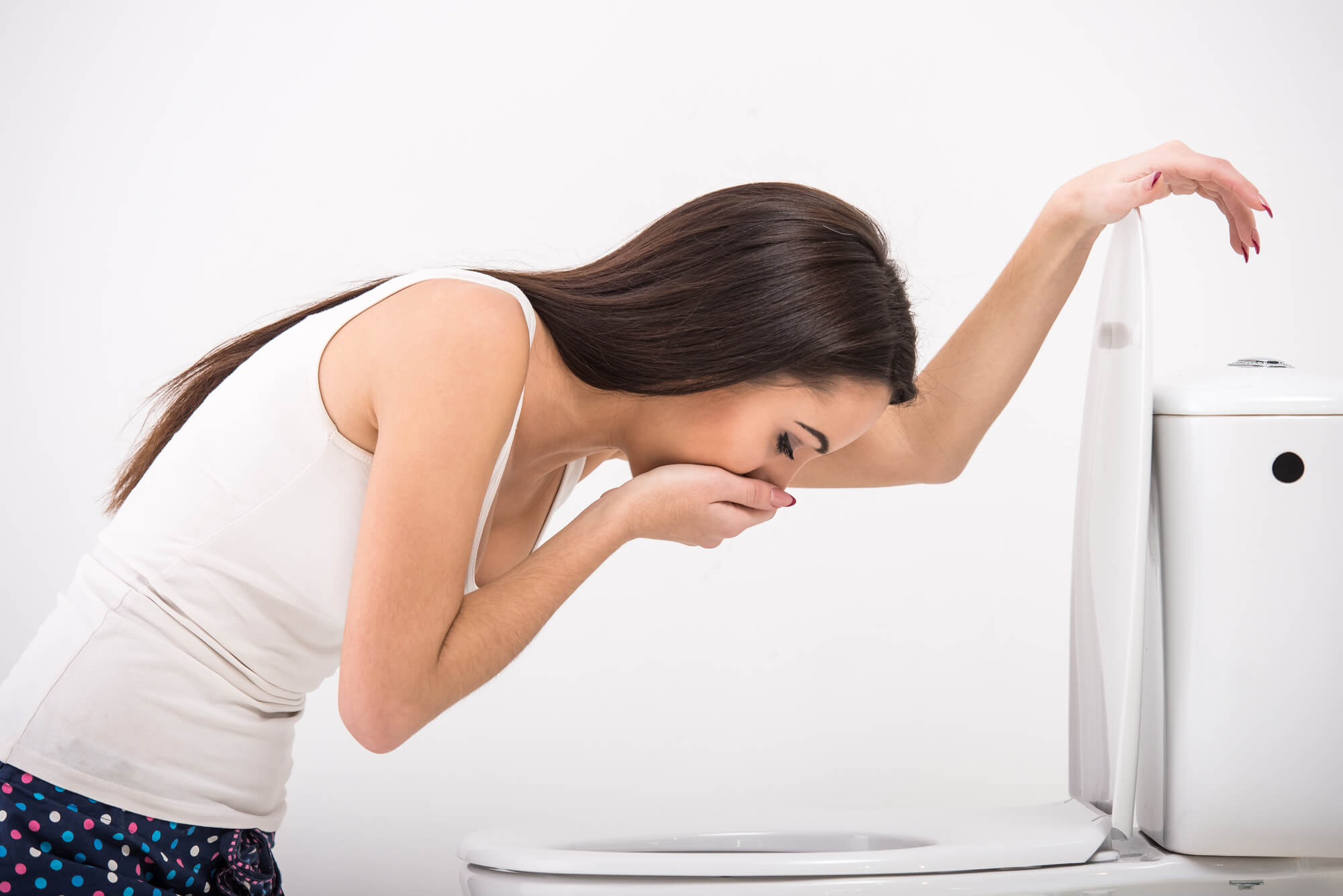 Depending on the study you reference, between one-third to two-thirds or more migraine sufferers experience nausea during some or all of their migraine attacks. Does this describe you?

Nausea and vomiting are not uncommon in migraineurs. It’s like adding insult to injury — your head is already pounding, and your stomach chooses to rebel, sometimes violently, adding to the pain. Obviously, nausea is not helpful if you take oral medication.

What causes the nauseous feeling? There is no set answer, but there are a few theories and some things to help you mitigate some of the misery.

A migraine is more than just a headache. It’s a severe headache that lasts for hours or even days. Most people feel pain on either side of the head or temples or behind the eyes and ears. Typically, the pain remains on one side.

Most people who suffer migraines know when one is coming. Many have warning signs such as an aura or a tingling feeling. Some experience visual disturbances like spots in front of the eyes.

What Causes Nausea During a Migraine

As we mentioned above, there is no definitive answer, but there are some theories from researchers.

One theory is that swollen blood vessels in the brain causes a migraine while at the same time triggering other negative side effects such as nausea and, potentially, motion sickness. There are many serotonin receptors in the gut, and any changes could create nausea. Changing estrogen levels may also play a role.

A related theory that considers the role of expanded blood vessels suggests that the increase in blood vessel diameter can push or pull on the meninges, which are thin membranous coverings over the brain.

The pushing or pulling could cause throbbing or pulsating pain. The rostral dorsal medulla relays sensory information to the brain from the spinal cord, triggering nausea during the prodrome phase of the migraine attack. (Prodrome signals the beginning of a migraine attack, and serotonin plays a role.)

Another theory postulates that high blood pressure during a migraine might cause vomiting because a side-effect of hypertension is nausea. The link is still under investigation.

It could be that migraines involve a specific area of the brain stem, which is involved in autonomic functions like digestion. If the migraine irritates the nerves that activate the digestive system, nausea might result.

Nausea Is Common in Migraine Attacks

Nausea is a common symptom of migraines and is also part of the diagnostic criteria. Nausea ranges from mild to severe and might be accompanied by sweating and vomiting.

Nausea is no respecter of migraine type. It can occur with any kind of migraine. People who experience aura and those who do not can both experience nausea. It's often found in people suffering from vestibular migraines, including vertigo and loss of balance. People who have had motion sickness since childhood and have a history of migraines often report nausea.

Believe it or not, there's something called an abdominal migraine. Instead of pain in the head, the migraineur has stomach pain. It's primarily seen in young children ages five to nine. The pain is localized around the belly button, and the child might have nausea as well with the same cause as that for a migraine headache.

Nausea is a significant feature of hemiplegic migraines. These migraines cause head pain and weakness on one side of the body. They can also involve temporary vision, sensation, and speech changes, causing this type of migraine to be mistaken for a stroke.

However, if you have any trouble with speech or muscle weakness, even though you believe it to be a migraine, you should visit the emergency room to rule out stroke.

Some young patients find that throwing up aborts a migraine attack since vomiting releases intracranial pressure. However, we don't recommend forcing yourself to vomit; the goal is to avoid it.

If you do vomit, try to drink water to avoid dehydration. Take small sips, waiting in between to make sure the water stays down. If you develop uncontrollable vomiting, find immediate medical attention since dehydration occurs swiftly.

If specific foods trigger your migraines, they may also be responsible for the nausea you feel. Skipping meals can also cause migraines that are accompanied by nausea. Typically, you develop a migraine first and then nausea, not the other way around.

Not all migraine sufferers have food triggers, and among those who do, they don't necessarily share the same food trigger. Foods with preservatives tend to be a common migraine trigger. Avoiding processed meats or hard cheeses might reduce migraine frequency.

If you often feel nauseous during a migraine, tell your healthcare provider so it can be addressed in your treatment plan.

Some migraineurs find relief from triptans, although effectiveness is spotty. Some people can block migraines with triptans, while others become nauseous from taking the medication.

Since nausea can make taking oral medications difficult, you might try nasal sprays or injectables to bypass your stomach. Some triptans come as nasal sprays.

A dissolvable oral medication mixed in liquid may be easier to stomach. At the same time, CGRP inhibitors might prevent the migraine and thus the nausea in the first place.

Beta-blockers, anti-seizure medications, and antidepressants have been used in the past to block migraines. Other patients with nausea find relief from anti-nausea and anti-emetic medications like metoclopramide.

Newer medications such as ditans and gepants are abortives that target specific receptors on your sensory nerves and help to mitigate nausea.

NSAIDs, acetaminophen, and small amounts of caffeine might be helpful in reducing headache pain and nausea.

Some migraine sufferers find relief using certain herbs or vitamins. Ginger, taken in the form of a pill, tea, or ginger ale, often settles nausea, as does peppermint tea or the scent of menthol.

B6, a vitamin commonly used by pregnant women to relieve morning sickness can sometimes help, as can acupressure and acupuncture. One study showed acupressure helps substantially more with nausea than anti-nausea medication. Also, acupressure has few to no side effects.

Suffering from migraines is bad enough. Feeling nauseous during your attack makes it worse. Know that nausea is common during migraine for many sufferers, and researchers are working on determining why nausea features so prominently.

Maintain a healthy lifestyle, avoid triggers, and try out some of the home or OTC remedies. Or speak to your physician about prescription medications that can help both the migraine and nausea.