Can Hairspray Give You Headaches? 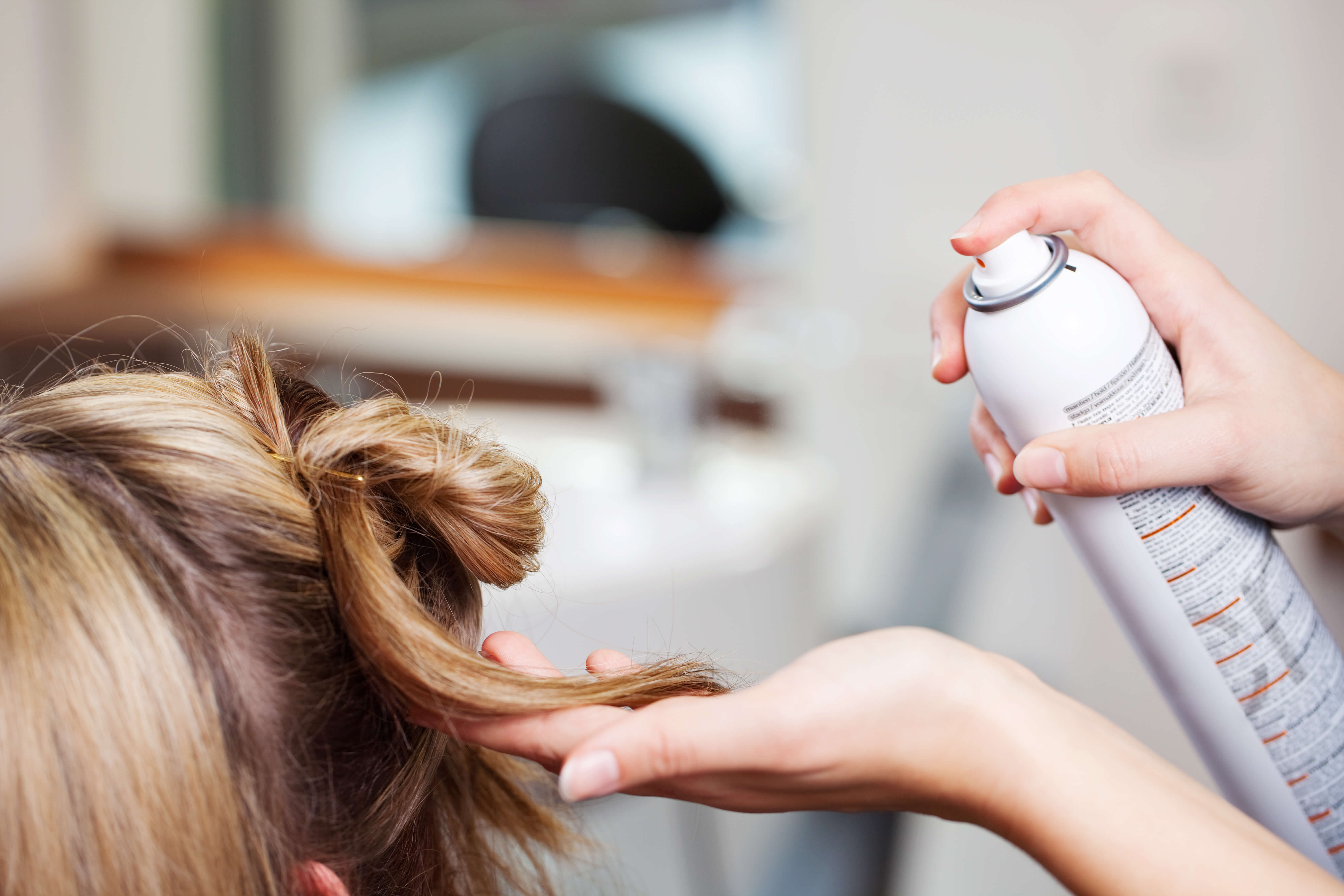 Strong (or even not so strong) odors and scents can trigger an attack for some people who suffer migraines. Hair spray isn't always subtle, and if you are in an enclosed space like a bathroom inside a cloud of the stuff, you might come out with the need to lie down and mess up your hair.

Like those triggered by lights and sounds, smells can be the bane of a migraineur's existence. The term for heightened sensitivity to small is hyperosmia, and it’s often seen in pregnancy, disease processes, and nutritional imbalances. Sometimes hyperosmia occurs as an adverse reaction to a medication.

When hyperosmia becomes too strong, it can become osmophobia, an aversion to smells. Could your hair spray or anything else be the cause of your migraines? Yes, it could.

Studies show that hyperosmia may be related to the size of the olfactory bulb, which is a receptor in the brain that processes signals from your nose. Migraineurs are more likely to have a smaller olfactory bulb than average. If that migraineur has osmophobia, the olfactory bulb might be even smaller.

Hyperosmia, or having a really good smeller, can pair with osmophobia to trigger an attack. Along with a physical component, osmophobia can carry a psychological component in which the migraineur has olfactory hallucinations, called Olfactory Hallucinations with Migraine (OHM). There is no apparent odor in the air, but the sufferer still smells something that is causing a problem.

These issues have not been widely studied, and some reports conflict. One study says 95% of migraine sufferers report smells as a problem while another states only 25% to 50% of patients report odors causing their migraines.

OHM is much rarer, occurring in 0.1% of adults and 3.9% of children who suffer migraines. The specific odor that triggers the migraine varies between individual patients and from one attack to another.

Since the condition is not widely seen, studies are a bit thin on the ground. Those that exist include a small number of subjects.

One study followed 11 patients for over 25 months and included 831 migraine attacks. The study found that 728 of those migraines occurred without an aura while the remaining 103 did occur with an aura. All patients experienced fewer than 15 headache days a month.

The patients reported the smell lasted between three minutes and 24 hours on average. It occurred most often during migraine without aura. All 11 patients also reported phonophobia and photophobia associated with their migraines, meaning light and sound triggered attacks. However, only six patients report osmophobia.

What did they smell? Eight patients reported undesirable odors such as:

Two patients of the 11 above reported pleasant smells, including melon, banana, jasmine, and vanilla. In all cases, the odors occurred before or during the migraine attack but were not classified as auras.

Over 40% of migraineurs report that a strong smell can cause a migraine attack. Researchers believe the odor may inflame the blood vessels in the nasal passage, diminishing blood flow and causing shrinkage of the olfactory bulb.

Another thought is that smells may activate nerves in the part of the brain that processes sensory information.

Common odors called out for starting migraines include:

If all these can trigger a migraine, is it a stretch for hair spray and other products to do the same?

How can you figure out if a particular odor is causing your migraines? Go fragrance-free for a few weeks. It may be uncomfortable, but if you can skip not just the hair spray but also deodorant, soap, scented laundry detergent, cigarette smoke, or strong-smelling flowers, you can lay the foundation for an experiment.

After living fragrance-free for a couple of weeks, begin re-introducing scented products and other odor-causing items one at a time. Go slowly and keep track of any migraines and potential triggers in your headache diary to help you find the products that cause your problem.

Once you know the problem, you can change to a different product that performs the same function or learn ways to do without that don’t leave you with bad hair days or body odor.

What If Nothing Turns Up?

If you cannot pinpoint a particular odor or odors that trigger your migraines, maybe it isn’t a smell problem at all. Other triggers for migraines abound. If you haven't kept a headache diary before, now is an excellent time to start.

Other common triggers for migraines include:

Once the migraine hits, perform your self-care routine. Over-the-counter medication can help but so can holding a cold pack to your temples. Go somewhere dark and quiet without any strong smells and try some relaxation techniques.

At no point should you feel like your migraine is “just a headache.” It’s much more than that. Identifying things, like your hair spray, that could be causing migraines is one step in living your best life.